Home Cyber Security What is Linux Firewall? How to Enable Packet Filtering With Open Source... 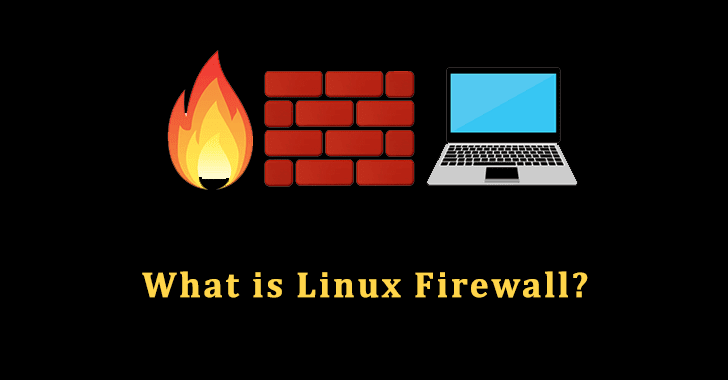 What is a Linux Firewall?

A Linux firewall is a device that inspects Network traffic ( Inbound /Outbound connections ) and makes a decision to pass or filter out the traffic. Iptables is a CLI tool for managing firewall rules on a Linux machine.

Network Security evolved with different types of Linux firewall in the era. Traditional packet-filtering firewalls deal with Routing and filtering packets ( OSI Layers 3 and 4 ), Where else NGFWs will work with additional functions as with OSI layers ( L4-L7 of OSI model ).

What is Iptables? How does it work?

Iptables is a CLI ( Command-line interface ) application that allows the administrator to configure specific rules that will enforce the Linux kernel ( Netfilter framework) to perform an action such as inspect, modify or drop network packets. Enabling this Iptables in any Linux machine or device will be acting as a Network Firewall and/or a router.

Different kernel modules and programs are used for different protocols; IPtables applies to IPv4, ip6tables to IPv6, arp tables to ARP, and ebtables to Ethernet frames.

Later Netfilter Project developed Nftables for performance and scalability. This is a packet filtering framework that does the same work of Iptables.

How Does Packet Filtering Work with Iptables?

An iptables policy is built with an ordered set of rules, which describe to the kernel the actions that should be taken against certain types of packets.

Packet filtering is processed with the below chain rules.

Every iptables rule has a set of matches that tells the iptables what to do with a packet.

NOTE: If you are a Pentester /Red team guy , Iptables Linux firewall can hide some systems in the network as ICMP probs are blocked. But this system can be enumerated and identified in-network with crafted ARP packets. Still, as Defense guy they can use Arp-tables to stop you. This is totally HIDE and Seek GAME forever.

Other Simple rules to Try :

iptables -A INPUT -p tcp –tcp-flags ALL NONE -j DROP

Open Source Linux firewall can be used for small scale business, VPS hosted on third-party clouds and more. Enterprise firewalls also play a similar kind of techniques. But it’s good to choose the right Firewalls ( Proprietary/OpenSource ) according to your business needs.

Also Read: What is the Different Between VPN and Proxy – A Complete Guide