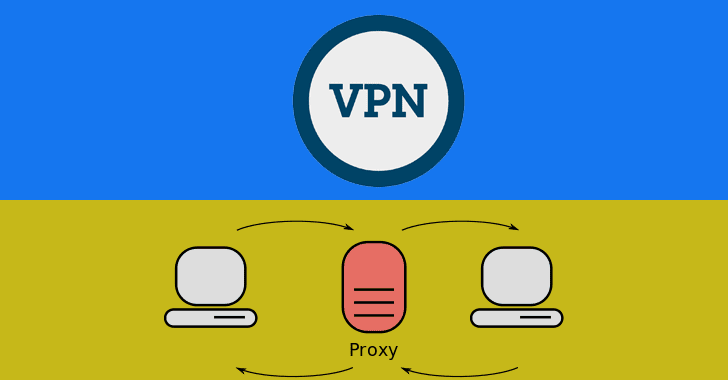 Both the VPN and proxy are used to facilitate the connection between the client and server by hiding it’s IP address and they are slightly different in the way it handles the data.

In the modern cyber world, we have faced a lot of concerns about our privacy, both the VPNs and proxy handle it significantly.

It is quite significant to have the knowledge of the difference between the VPN vs Proxy and the scenario where can we use and where we cannot.

What is a Proxy?

Proxy or proxy server is an intermediate node between client and internet that takes a request from Client and pass it to the various server and provide indirect network services to the client. primary purpose of the proxy is to filter the dangerous internet traffic by applying the strict rule to ensure the anonymity for the client.

What is a VPN?

VPN or Virtual Private Network is a technology that developed to provide secure access over the internet for clients’ requests via encrypted tunnels. VPN redirects the client’s side request via the remote server which is run by VPN service providers. it helps to ensure the sensitive data remain private during the transmission over the internet from one place to another place.

VPN Shield the users browsing activity and bypassing Internet censorship. VPN software encrypts the user request even before your Internet Service Provider see it and it redirected to various VPN node and response to the client.

When it comes to security VPN stands ahead of the proxy servers, VPNs do have an encrypted tunnel to transfer the data securely, but that is not the case with Proxy.

With the VPN you will get a unique IP address and a secure tunnel established between you and the target that you are to get connected with it.

The VPN encryption tunnel supports the traffic that routed with all the Internet protocols with sophisticated privacy and security capabilities.

VPNs are well-known for security and reliability, it is easy for anyone to switch off or to on the VPN service.

By having an encrypted tunnel the VPNs secures your data from hackers even if you are connected with open WiFi hotspots.

VPN application supports for a number of platforms PlayStation, SmartTVs, OS/X, iPhone, Windows, Android, also other devices such as  AppleTV, Chromecast, Roku, Xbox, and its support network devices as well.

With the AES -256 encryption and SSL certificates, there is no chance for an attacker to get into your data and even the government authorities can’t get your data. To construct tunnel it uses highly secured protocols PPTP, L2TP, SSTP, OpenVPN.

It helps in hiding the real location, and you can reach out to the blocked websites, videos, and other content in that blocked in your location securely.

Proxy servers bridge the internet connection, it only masks the IP address of your computer and it will not encrypt the contents.

They use to communicate with HTTP or SOCKS protocol so there is encryption with the proxy servers, cybercriminals can sniff out the data that are traveling through a proxy server.

In some cases, even the cybercriminals advertise a proxy server to steal your identity. Also generally proxy servers are overloaded with visitors and terribly affect the connection speed.

HTTP proxies are more familiar and they are around being a long time and the Socket Secure (SOCKS5) proxies are used for connecting with torrent services, FTP and web servers. When compared to the regular proxy SOCKS5 Improved security.

SOCKS5 proxy is very good if you are to use a torrent or a P2P service, but it lacks privacy. If you do a lot of web surfing and simply want to bypass the websites blocked geographically and through firewall then proxy servers are ideal for you.

VPNs are best for…

VPNs secure your data from prying eyes, everyone from hackers to government officials using VPN services to protect the personal data. It enables users to send and receive data and remain anonymous on the Internet.

Most VPNs offer multiple concurrent connections so that the users can connect all the devices in the household to the VPN.

With the VPN all your traffic passes through a tunneled network, so even the ISP cannot see the traffic that goes with the tunnel network.

If you are an employee you can connect with your office network securely via Smartphone, tablet, and computer through a VPN.

To say technically VPN is a wide area network that retains the functionality and the security as in the private network. These are the main uses of the VPN and the usage varies depends on the user requirements.

VPNs are not for..

VPNs may slow down the Internet Connection

You may experience a drop in speed with your internet connection when routed through VPN due to its high-quality 256-bit encryption. Sometimes VPN connection it may slow down the internet speed if too many users active in the server.

Generally, the VPN speed depends upon your internet speed, if you are in India and using a VPN server in the USA then your connection tunnel over a number of endpoints which may slow down the connection. So it is recommended users not to use the VPN wisely.

I’m under a VPN, so I can do anything online

If you are under VPN then we can’t say you are 100% anonymous, the VPN provider can see your access logs and they would hold the log’s for a period of at least 6 months based on the country location.

All the VPNs are not the same and there are a number of factors that are to be considered in classifying them based on need, supported platforms, the number of available servers.

Also, users should aware that VPNs would not secure you from Phishing or from the malware and ransomware attacks.

You can get the Free VPN, but the connection would be terrible and it suffers severely with the limitations on low bandwidth and some providers even sell your private data.

Proxies are best for…

Proxies are widely used to bypass the blocked websites in the ISP or the organization levels.

Proxy servers used in the corporate environments to shield their internal network infrastructure.

The Proxies contains a very good cache mechanism, so it can be used to speed up the browsing process.

The proxy makes you remain anonymous online, but it will not encrypt the traffic as like the VPN.

With some of the proxies you can get double protection as they do have the firewall inbuilt that stops the intrusions.

Servers administrators can use proxy servers to block websites associated to social networking, gaming, adult sites for employees in the organization.

There are thousands of free and paid proxy available on the Internet, choosing a proxy you should carefully consider the downtime.

With the help of the proxy servers, one can reach to the websites that have been blocked geographically.

Implementation of the proxy is very simple and the proxies are so confined with the browsers. Some of the premium proxies would save companies bandwidth.

Proxies are not for…

It is less secure than storing all the user passwords in active directory, They are not compatible with all the network protocols.

With the proxy firewalls, the configuration is very difficult when compared to other modern days firewalls.

If the proxy server is compromised then there is a chance for identity theft, then you should avoid entering bank login credentials when connected through a proxy server.

The Proxy server administrator can sniff out all the details that are traveling through the server and also they are poor in handling things such as Flash, Java, and  JavaScript scripts.

Proxy servers have some serious security disadvantages if the single port left open with the proxy server and then attackers can enumerate with it.

If there is an issue in establishing a connection then with the proxy server it is hard to troubleshoot and they are not compatible with all the network protocols.

We already discussed the cache increases the speed, but on the other hand, there are some disadvantages. The cache displays the display of the old contents.

Not all the proxies are good, you should spend a lot of time to find a right proxy. A good proxy chain only provides better performance.

Simply both the proxy and VPN were made to hide the internet traffic and with the VPN the traffic will be passed through a network tunnel, but the low-quality VPNs would expose serious threats.

The proxy servers are very hard to set up and they won’t encrypt the data, using a VPN and proxy can slow down the connection dramatically. When it comes to the encryption VPNs are the best and they offer encryption with industry standard keysize.

One should be very careful in picking a proxy server because attackers also do run the proxy servers to sniff the network traffic.

When it comes to a proxy, you can hide only the HTTP traffic, but with VPNs, you can hide the traffic sent through all the protocols.

If you are to compare VPN and Proxy which is better, it completely depends on your requirement. It doesn’t matter if you pick to use a proxy server or the VPN, but need to ensure the service you selected may solve the requirement.