Home Cyber Security What is PCAP File, Why do we Need to Use & How... 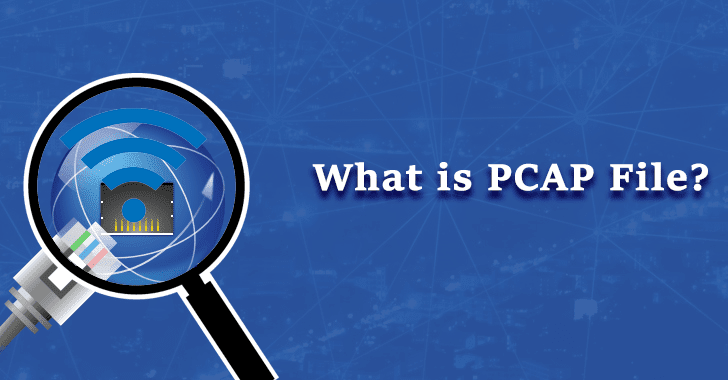 PCAP well-known as a Packet Capture which acts as a protocol for wireless Internet communication. It also allows the computer to receive the incoming signals from another device to convert those into usable information.

It also allows converting the information into a radio signal to easily transfer those to another device. It works as a wireless device that plays a critical role in wireless communication though it is recognized seldom. PCAP files are very popular, and many computer users are using them.

When you are working on the system and facing a network issue that time you need to keep your network at a high level to automate the data and traffic monitoring. This types of analytic tool help you to get consistent traffic data with the multiple OSI layers, and it will not slow down, and your network will flow.

With data packet help, you can extract the crucial information regarding health and performance which can troubleshoot the performance and trace the unusual data packets.

PCAP files also provides the matrices where it becomes very much effective to monitor the network performance. It is mainly a versatile tool and best for IT specialists and network administrators. Here you will get some more other uses of it; those are below:

Why do we need to use PCAP?

There are uncountable reasons behind PCAP to use the monitor network. A few common usages are available monitoring bandwidth usage, detecting malware, identifying the DHCP servers, incident response, and DNS resolution.

The network administrator, packet file is the perfect way to detect network intrusion and other activity. This is one of the excellent ways through which you can catch all types of suspicious activity.

How the PCAP Works?

PCAP and WinPcap both Windows-based apps and they provide the majority of background support in the commercial wireless program. PCAP mainly works for the conversion of the information into radio signals.

If we talk about the working application then PCAP works best allowing the wireless devices to communicate with each other. It establishes communication and without that internet has no use.

How does the Packet Sniffer Work?

What is a packet sniffer?

With the Packet Sniffer, only you can capture the PCAP file so that everything becomes easy to understand. When you are using PCAP for the first time, you need to identify which type of interface you want to sniff on. When you are working on a Linux device,  then it could be eth0 or wlan0. You need to select the required interface, which includes the ifconfig command.

How to Analyze PCAP files With Wireshark?

Wireshark is a very popular traffic analyzer, and it uses a .pcap file to record the packet data pulled from the network scan. This data is record everything in files with an extension so that it helps to find the performance problem and cyberattack through the network.

On the other side, the PCAP file creates the record of network data that you will be view through Wireshark. You can assess the network status to identify if they have any issues, and you need to respond to this.

One important note that Wireshark is not only the tool it can open .pcap files, and it has an alternative, which includes WinDump and tcpdump, where network monitoring tools use PCAP for using the magnifying glass for network performance.

After seeing this article, we hope that you could decide which can be the right PCAP analysis tool and do not forget this is an important decision for any network administrator. You definitely need to buy the PCAP tool so that you can earn the unique advantages.