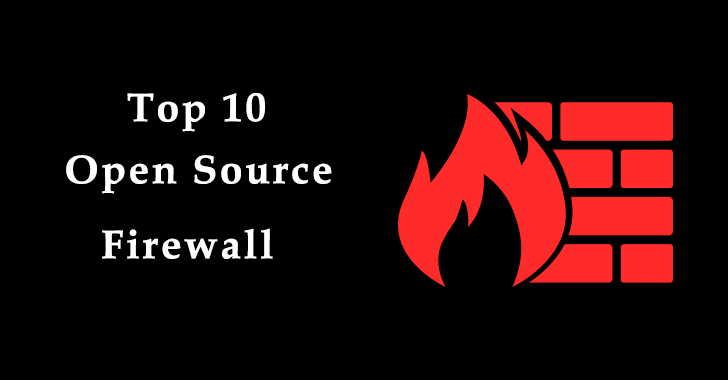 Open Source Firewall is best known for protecting the network from a threat by filtering the inbound and outbound traffic and ensure network security.

Whenever we talk about Open Source Firewall, the first thing that strikes on our mind is, “Fully Free.” However, let me explain it, open-source is the term that is used for the software that is distributed under a license that allows the user access to the source code.

Basically, this type of license simply allows users to analyze and modify the software with complete independence. Moreover, open-source also promotes collaboration between users, which means, rapid and varied development of many tools.

Generally, the Open Source Firewall belongs to the community; hence, without any doubt, its development and updates simply depend mainly on the community. However, the fact is that this also increases confidence in the continuity of the program as well. Now comes the firewall, it’s one of the most significant parts of a network security system.

Because a firewall simply acts as a wall between internal and external networks. In general, a firewall means activating an application or system which is basically designed to block or allow access to information, both from another system to ours and, of course, from our system to others.

Hence, here, in this post, we will show you the 10 best open source firewall to protect your infrastructure.

What is Open Source Firewall?

Just after the arrival of Windows XP Service Pack 1, Windows, by default, offers all its users a very basic and simple firewall. Generally, with this Windows firewall, we can control the use of our internet connection tools and apps. And not only that even, but it also protects us from all the possible computer attacks that may arrive through the network.

With the arrival of Windows 10 Creators Update and the excellent operation of Windows Defender and its firewall, this basic security software has gained great importance and has made more and more users trust it. But, the fact is that this system couldn’t offer you the whole thing and features that you are finding to secure your infrastructure.

Generally, open-source software offers an economical and adjustable option to deploy basic networking for the infrastructure and home. Not only that even, the open-source products also provide us with simple routing and networking functions like DCHP and DNS. Moreover, they come with a complete package of security tools and features, like a basic firewall, antivirus, antispam, and web filtering and content filtering with an open source firewall as well, so what else is needed!

All these products can be easily downloaded and deployed on any hardware, on a virtual platform, or in the cloud as well. However, there are many who also sell them with pre-configured appliances, only if you like their functions or support, and you don’t want to build your own machine.

Here in this article, we have mentioned the best open source firewalls for infrastructure and homes. However, apart from all these things, we found pfSense and Untangle are some of the best firewalls that could be used in a wide range of environments.

Perimeter 81’s Firewall as a Service (FWaaS) is easy to configure and enables secure remote access to cloud-based resources outside of the corporate office. It also allows admins to segment access to specific network resources based on user or group identities. This means that administrators can easily control who in the organization can access which resource.

Unlike traditional firewalls, Perimeter 81’s FWaaS can be instantly deployed in the cloud. The granular permission-based policies and user segmentation included in FWaaS are extremely effective in securing both company resources and remote workers. It is also compatible with all devices (Windows, Mac, iOS, Android, and Linux servers).

●     Centralized management on a single platform

It is quite similar to the Untangle; however, pfSense open source firewall lacks some of the additional features like web filtering and antivirus. However, there are more than three dozen external add-ons for easy installation through the package manager.

The pfSense is based on FreeBSD with a custom kernel that you can install on your own hardware or on your virtual machines with the CD image (.iso), the USB, or the Embedded image (.img) of these. Moreover, if you want, then you can also buy preloaded pfSense on your hardware as well.

While now, if we talk about the support and services, then let me clarify that they offer a membership for $99 a year. And for support and services, you can receive resources like a library of the most important videos from developers, a digital book on pfSense, and automatic backups as well.

Untangle Open Source Firewall is quite similar to ClearOS, and it is based on Debian 8.4. The basic network functions are provided with free and paid applications to add additional functions and functionalities, all managed through a web-based user interface.

Basically, the technical name of this firewall is NG Firewall, and you can easily install this firewall system on any hardware or virtual machine, or buy a device with NG Firewall preinstalled, as we told earlier in the case of PfSense.

OPNsense is a complete Open Source Firewall, which is a FreeBSD-based firewall and overpowers software developed by Deciso. There is a company in the Netherlands that makes different hardware and sells support packages for OPNsense.

You can say that it is a branch of PfSense, which has been turned into forked from m0n0wall, it is also created on FreeBSD. And it was started in January 2015. Meanwhile, when m0n0wall shattered down in February 2015, its inventor, Manuel Kasper, assigned its developer community to OPNsense. OPNsense holds a web-based user interface and can be used on i386 and x86-64 platforms.

Iptables is one of the well-known utility and best open source firewall for Linux applications that provides a system administrator the controls and options to configure and analyze the network statistics. It is actually developed with the Linux kernel firewall, and not only that even it also has its own strings and stores as well.

IPFire is basically developed on top of the Netfilter and is the best open source firewall. It is generally modified and designed with both modularity and a high level of flexibility in mind. It can be easily used as a firewall, proxy server, or a VPN gateway.

This software is maintained by an online community that holds thousands of developers. this open-source program is lightweight and very powerful. This software also uses an Intrusion Detection System (IDS) to analyze your network traffic and find potential exploits accurately. In short, if it will detect any attack then it will simply block the attacker is directly blocked.

IPCop is a Linux-based open source firewall distribution that helps us to secure our infrastructure and home network very firmly. It does not carry a graphical user interface, as it is operated only by the command line, which may make it quite difficult for some users to install and set up the application.

Moreover, the operation of the software may require some technical knowledge of servers and firewalls. It means that it gives a lightweight option for more advanced users. The image size of this application is just 60MB and it basically designed for i486 architecture systems.

Shorewall is a free Linux firewall that you can install and operate on servers or routers. Hence, it is not designed for the only installation on virtual machines. It is classified as an IPtables configuration tool that can transform a server into a hardware firewall appliance.

With Shorewall, users can download different distribution that fits their requirements and demands. There is a standalone Linux system for sheltering one public IP address. Users can also download a two-interface Linux system which works as a firewall/router for a small house network.

With the three-interface system, all the users can set up the firewall/router and add a DMZ as per their requirement based on the router set up. The installation options are also available for all users that need to shelter more than one public IP address.

Smoothwall is a Linux-based firewall that is actually designed to be used as an open-source firewall. It is configured and maintained via a web-based GUI and needed little knowledge of Linux to install and use it.

This application supports LAN, DMZ, internal/external network firewall, Web proxy for acceleration, traffic stats, and many more. Moreover, Shutting down or rebooting is accessible directly through the Web interface only.

Endian Firewall Community (EFW) give Linux-based security solutions for all users. The software is available for free and the developers do not need any offer or support. It offers many options so that it can add extra firewall protection.

With this software, users and developers can quickly set up basic web and email security as per their needs. However, there are additional features that are also available, as while you using EFW, you can also receive powerful open-source antivirus protection and VPN features.

Moreover, few different downloads are also available, including standalone distributions that are installed on separate servers or routers. However, before installing one of these free firewalls, it ensures that it meets all your needs.

ClearOS is basically more than just a router protector, it is a unified threat management (UTM) solution that offers more than 120 functions through add-ons known as applications. All of them are configurable through its web-based interface.

Apart from this, there is also ClearVM, a management solution that can be used to deploy multiple ClearOS virtual machines, other Linux distributions, and even Windows operating systems on their physical server.

According to Cyber Security News research, these are one of the best Open Source Firewalls available in the open-source world to protect your infrastructure .

We have chosen them because they are cost-effective and user-friendly applications. So here, we have provided all the information about the top 10 Open Source Firewall list to protect your infrastructure.

So, try them and see which one is better for you and helpful. Hence, if you have any other Open Source Firewall application that you have used and think is most suitable, then please let us know in the comment section below.