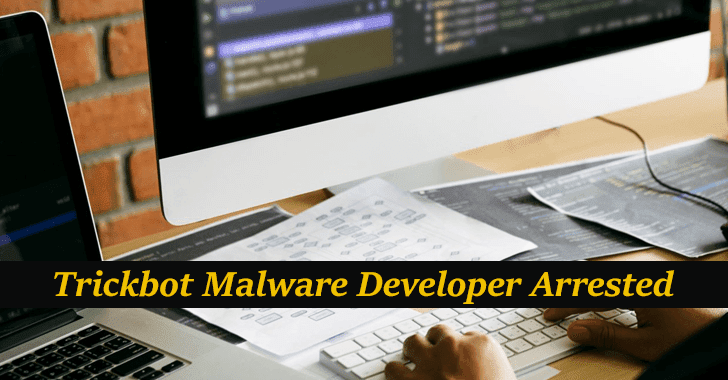 A 55-year-old Latvian woman Alla Witte was charged for her role in writing code for Trickbot malware and ransomware suite for the malware.

The TrickBot malware was first identified in the year 2016, it is also known as TrickLoader, the malware is focused on stealing online banking credentials.

“The Trickbot malware was designed to steal the personal and financial information of millions of people around the world, thereby causing extensive financial harm and inflicting significant damage to critical infrastructure within the United States and abroad,” said Acting U.S. Attorney Bridget M. Brennan of the Northern District of Ohio.

For her role in Trickbot group, Alla Witte, is charged in 19 counts of a 47-count indictment, “Witte and her associates are accused of infecting tens of millions of computers worldwide, in an effort to steal financial information to ultimately siphon off millions of dollars through compromised computer systems,” said Special Agent in Charge Eric B. Smith of the FBI’s Cleveland Field Office.

The indictment states that she worked as a malware developer for the Trickbot Group and developed scripts to control the deployment and payments of ransomware.

She also supplied code to the Trickbot group for monitoring and tracking authorized users of the malware and developed tools and protocols to store stolen login credentials.

She is charged with committing computer fraud, identify theft, and bank fraud, if convicted, she would face a lifetime prison. The sentence is to be determined by the federal district court judge, after considering the U.S. Sentencing Guidelines and other statutory factors.

What Is SOAR and How It Works? Features and...