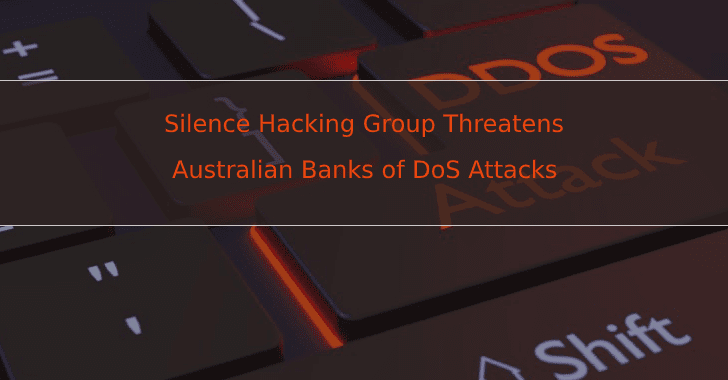 Cybercriminals threatening Australian Organisations, primarily in the banking and finance sector of DoS attacks if they failed to pay a huge ransom in Monero cryptocurrency.

The extortion campaign starts by sending an email sent to the recipient, blackmailing the Australian Organisations to pay the ransom.

ACSC(Australian Cyber Security Centre) believes that the Silence Hacking group behind the attack, but they are unable to verify.

According to the Group-IB published last year, the threat actor group Silence expanded geographically and increased their frequency of the attacks.

“The ACSC cannot positively verify the legitimacy of any threats made by the actor. However, the ACSC has received no reports of the threats eventuating in DoS and is aware of several DoS threats made in the past against Australian organizations that did not eventuate.”

Possibly the threats are a part of the global ransomware denial campaign (RDoS) which was started from the last year October.

“Preparing for any DoS attack before it occurs is by far the best strategy, as this sort of incident can be very difficult to respond to once the attack begins. Well, prepared organizations should be able to operate effectively despite these threats and any potential DoS.”

The ACSC recommends organizations to prepare against the DoS attack before it occurs, recommended to review Preparing for and Responding to Denial-of-Service Attacks.

What Is SOAR and How It Works? Features and...