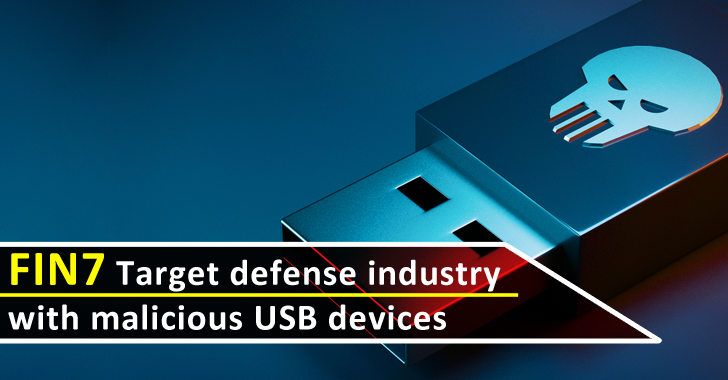 While here the operators of the FIN7 group have used the US Postal Service and the United Parcel Service to send all these parcels to their targets or victims.

The threat actors have sent two types of packages with these malicious USB devices, but how they are different?

The packages sent by the hackers were allegedly sent from the US Department of Health and Human Services, and not only that even they were accompanied by letters with links to recommendations on the topic of coronavirus infection (COVID-19) attached to USB drives.

While the other packages that were sent, are disguised as Amazon parcels by the attackers in the form of a gift box containing the following things:-

However, here, in both cases, one thing is common, the brand of USB devices, as in this event, the threat actors have used LilyGO branded USB devices.

At this point, a series of pre-configured automatic keystrokes were sent to the user’s PC since this malicious USB drive record itself as a keyboard Human Interface Device (HID). After this, the keystrokes launch the PowerShell commands that downloads and install several types of malware on the targets’ systems.

By following the above things the attackers gain administrative access and then laterally make their pathway to the other local systems.

To achieve this, the operators of the FIN7 hacking group have used several malicious tools, scripts, and ransomware on the compromised network of their targets, and here they are:-

Step-by-step Execution of the Jscript code

Moreover, the cybercriminal group, FIN7 has also organized similar malicious campaigns earlier, as they sent several parcels of gift certificates and stuffed animals to its victims in 2020.