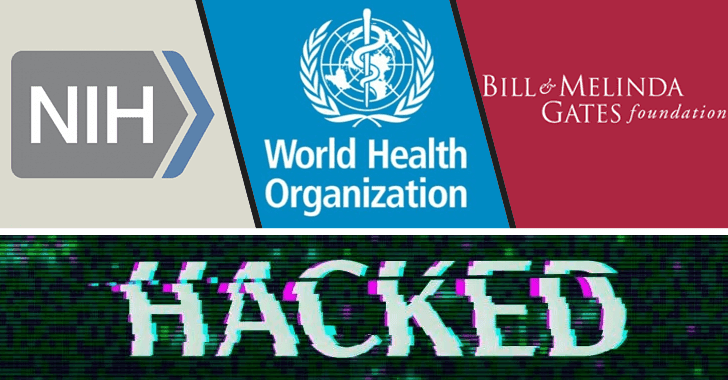 According to a non-governmental security organization, that monitors online extremism and terrorist groups, SITE Intelligence Group has recently, reported that an anonymous group of activists has leaked nearly 25,000 email accounts.

The email accounts belonging to the NIH (National Institutes of Health), WHO (World Health Organization), the Gates Foundation, and other popular health institutes of the United States that are already fighting against the most deadly pandemic, COVID-19.

The hacked data was initially shared on the popular message board 4chan, and then later, it was shared to spread through a Telegram channel with more than 5,000 subscribers.

But, a cybersecurity expert from Australia, Robert Potter, has confirmed that the email addresses and passwords that are ascribed to the WHO was real.

The executive director of SITE Intelligence Group, Rita Katz, stated to the Washington Post that “Neo-Nazis and white supremacists capitalized on the lists and published them aggressively in their places.

Using the data, far-right extremists were promoting a campaign of harassment while sharing conspiracy theories about the COVID-19 pandemic. The distribution of these alleged email credentials was just another part of this controversy that influences far-right groups around COVID-19.”

Here are the unique entries that the dump holds:-

From the above list, you can see that in the case of the Gates Foundation, which is a private philanthropic group that is lead by the tech giant Microsoft has received a small amount of damage as compared to the other institutions.

While the other accounts that belong to the Wuhan Institute of Virology were also leaked, but in this case too, the amount is very little, just like Gates Foundation.

Apart from all these things, the security experts of the Under the Breach group has stated that the leaked data were amassed from the past data breaches.

While on the part of Gates Foundation, they said that they are simply monitoring the situation in accordance with their data security practices, and till now, they didn’t found any vulnerabilities or any indication of a data breach.

The most important risk of this leak could easily lead the spread of fake news and disinformation campaigns against governments around the world and other public organizations that are constantly fighting against one of the deadliest pandemics of this century, COVID-19.