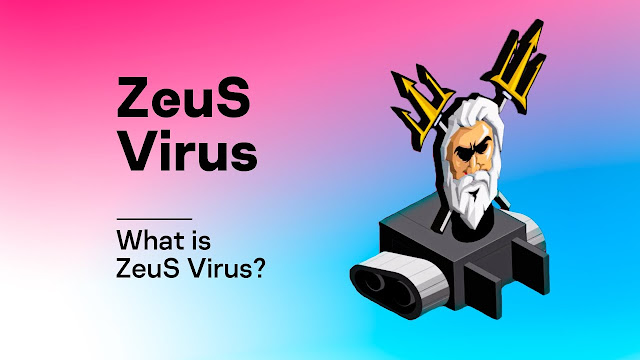 What is Zeus Virus?

As we know from history, Zeus is the main god of the ancient Greek pantheon. The name of the virus is not accidental. Having named his creation Zeus back in 2007, the Trojan author took on certain obligations to be, if not the main one, then at least among the first.

The Zeus Trojan has become legendary on the Internet and even beyond over the past years. None of the Trojans have spread as widely as this one, and it is not far behind the infamous Kido/Conficker worm. In this regard, modern and advanced information security solutions are crucial. For instance, Norton has managed to fight it, and you can check its review here: https://bestantiviruspro.org/review/norton-antivirus-review/.

Nevertheless, you still wonder why it is as famous, and why we pay so much attention to it? Let’s look closer at this significant threat.

Initially, Zeus (or Zbot, its another name) was positioned as a banker Trojan. This is a program that somehow penetrates the victim’s computer and transfers confidential information to its owner. Logins, passwords, credit card numbers, CVV2 / CVC2 codes, and so on are affected. But over time, different modifications to steal corporate data, infect executable files, send spam, etc., began to appear.

The peculiarities of the initial Trojan version are:

The malware is primarily created to work under Vista / Seven, with UAC enabled, and without using local exploits. Therefore, it is designed to work with minimal user privileges (including the Guest profile). In addition, the bot usually operates within the sessions of one user (the profile where it was installed).

A virus can be installed for each user in the operational system, while all they will not know about each other’s existence. When installed, the Trojan creates a copy of itself in the user’s home directory. This copy is tied to the current user and OS. It cannot be launched by another user or using another operating system. The original copy of the virus (applied in the process of installation) is automatically removed, regardless of the installation’s success.

How to Stay Protected

Well, as it is clear from everything mentioned above, Zeus Virus is unusually widespread, well-made, stable, and hidden in work. It easily adapts to various new tasks. Among its other features is working in the vast majority of the Windows family’s operating systems, including 64-bit ones. In general, it is just a unique Trojan product of its kind.

To keep the corporate network or single device safe from this threat, it is recommended to take into account the following security aspects:

With the extra attention and advanced protective software, Zeus will become a small and well-controlled threat.