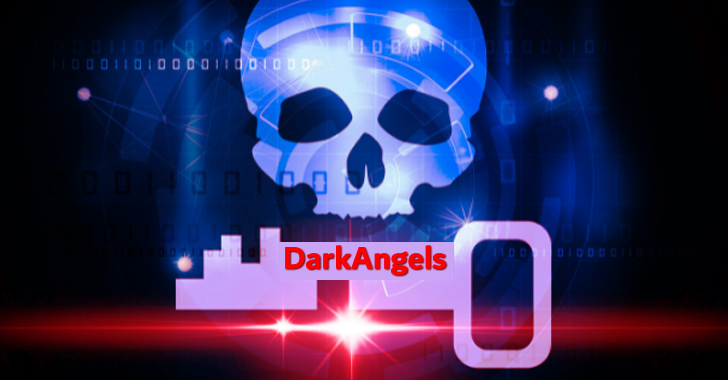 A new ransomware malware dubbed DarkAngels by Cyble Research Labs has been identified. There are similarities between the DarkAngels malware and the Babuk ransomware as uncovered during an analytical analysis of the malware.

The ransom note and TAs website are both named after specific organizations, meaning they were likely created in the context of a highly targeted attack.

Using static analysis, experts have discovered that the malicious file is a 32-bit GUI-based binary, and this is due to its 32-bit Graphical User Interface (GUI) based nature.

In order to enumerate and retrieve the names of the services running on the victim’s machine, the malware enumerates all available services.

Using the “SHEmptyRecycleBinA() API, the malware removes all items from the Recycle Bin in order to ensure that after the encryption none of the deleted files are restored.

The ransom note entitled “How_To_Restore_Your_Files.txt” was dropped by the malware and instructs the victims to pay the ransom to unlock their files.

As soon as the malware drops the ransom notes, it encrypts the data on the victim’s device and appends the “.crypt” extension to the files.

DarkAngels malware appears to have a strong correlation to the Babuk ransomware code that has long been available on the internet. In general, it is not uncommon for threat actors to use existing code, modify it, and rebrand it in order to gain a competitive edge.

Here below we have listed all the recommendations provided by the security analysts:-