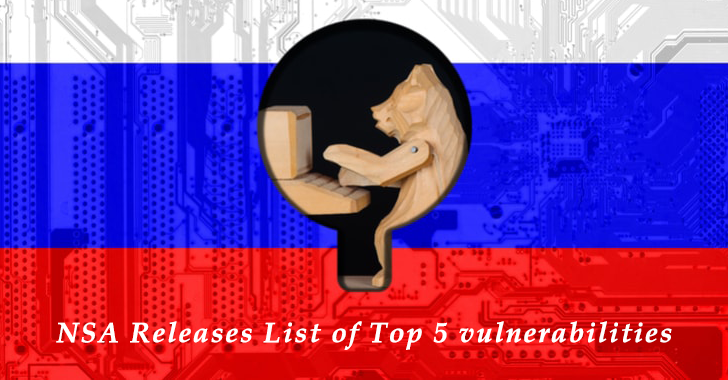 The warning was issued to call attention to a quintet of CVEs that are being actively exploited by a threat actor affiliated with Russia’s foreign intelligence service (SVR).

This targeting and exploitation encompass U.S. and allied networks, including national security and government-related systems.

Mitigation against these vulnerabilities is critically important as the U.S. and allied networks are constantly scanned, targeted, and exploited by Russian state-sponsored cyber actors.

The NSA’s decision to pinpoint the five old security flaws suggests that many organizations are slow to apply the available fixes, especially during the pandemic when work-from-home expanded the need for VPN technologies.

NSA, CISA, and FBI strongly encourage all cybersecurity stakeholders to check their networks for indicators of compromise related to all five vulnerabilities and to immediately implement associated mitigations.

NSA, CISA, and FBI also recognize all partners in the private and public sectors for comprehensive and collaborative efforts to respond to recent Russian activity in cyberspace.