Home Cyber Attack What Are The 10 Most Dangerous Injection Attacks? 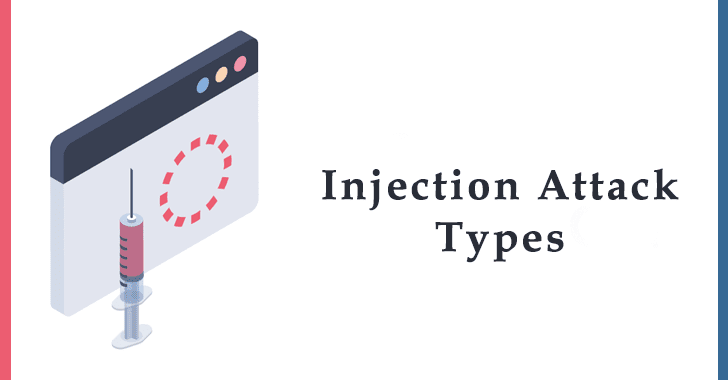 Since you are in the industry especially in the network and admin team, you need to know few vulnerabilities such as injection attacks to stay alert from them. Each attack or vulnerability has a different method, most importantly injection-type attacks. to understand that and to take a precaution for that, you need to know about them. Here you can also come to know about XXE attacks, RFI, and LFI attacks.

Before we discuss the popular injection attack types, let us discuss what are injection attacks? The term injection can depict the way of the attack. How injection passes liquid medicine inside the body similarly, these attackers also give some content to fetch the information. This injection comes mainly from the malicious attackers who make sure that you get a significant loss in your business.

Through the injection, the attacker can input different types of programs. These inputs get interpreted so that the processor considers it as a command and gets executed which generates the wrong result. After this, data will get crashed, and an attacker will get all the confidential data of your business. Injection attacks only most of the attackers do because it is very much the oldest method.

This is very common in this injection attack where if the attacker knows the programming language, database operating system, web application, etc. then it will become easy to inject the code via text input and force that to the webserver.

These happen mainly for an application that has a lack of input data validation. In this, users enter whatever they want so the application becomes potentially exploitable, and there any input hacker can put and the server will allow to entering.

Injection code vulnerabilities are easy to find; you only need to provide the different content then the attacker will put that in the same web application. Though the attacker exploits the vulnerabilities, then your confidentiality gets loss, availability, integrity, etc.

This is also a similar type of injection where attackers attack SQL scripts. This language is mostly used by the query operations in this text input field. Scrip has to go to the application, which will directly execute with the database.

The attacker also needs to pass the login screen, or sometimes it has to do even more dangerous things to read the sensitive data from the database. It also destroys the database where the businessman has to execute again. PHP and ASP applications are all older versions, so chances are more for the SQL injection attack.

J2EE and ASP.Net are more protected against the attack, and it also provides the vulnerability so when SQL gets injected that time it does not allow to attack. You cannot even imagine the limitation of the attacker’s skills and imagination. SQL attack is also high.

If you do not put sufficient validation, then this type of attack is expected. Here these attackers insert the command into the system instead of programming code or script. Sometimes, hackers may not know the programming language but they definitely identify the server’s operating system.

There are a few inserted systems where the operating system executes commands and it allows content expose by arbitrary files residing server. This also shows the directory structure to change the user password compare to others.

These types of attacks can reduce by using sysadmin, and they also need to limit the access level of the system where web applications can run the server.

Whenever anything gets inserted, the output will automatically get generated without encoding or validating anything. This is the chance for an attacker to send the malicious code to a different end-user. In this application, attackers take this situation as an opportunity and inject the malicious scrips into the trusted website. Finally, that website becomes the attacker’s victim.

In-store, malicious scripts permanently target the server through message forum or visitor log. The victim also gets the browser request from the message forum. In reflected XSS, the malicious gives a response where the input is sent to the server. It also can be an error message from the server.

This type of injection mainly gets affected when the user works with XPath Query for XML data. This attack exactly works like SQL injection where attackers send malformed information, they will attack your access data.

As we all know XPath is the standard language so to specify the attributes wherever you will find. It has the query of XML data and other web applications which set the data, and that should match.

When you get malformed input, that time pattern will turn to operation so that attacker can apply the data.

In this application, IAMP or SMTP statements are included, which improperly validated the user input. These two will not have strong protection against attack and most web servers can be exploitable.

After entering through the mail, attackers have evaded restrictions for captchas and limited request numbers. They need a valid email account so that they can send messages to inject the commands.

Usually, these injections can be done on the webmail application, which can exploit the message reading functionality.

The best combination of CRLF is a carriage return and line feed. This is a web form that represents the attack method. It has many traditional internet protocols like HTTP, NNTP, or MIME.

Usually, this attack performs based on the vulnerable web application, and it does not do the correct filtering for the user point.

Here vulnerability helps to open the web application which does not do the proper filtering.

In this server many websites or applications include where it becomes necessary to determine the resident website or web application.

This vulnerability attacker used to send arbitrary host headers. Host header manipulation is directly related to the PHP application though the other web development technology does it.

This is one of the best protocol design which is facilitated with the other network. This is a very useful intranet where you can use a single-sign-on system and here user name and password will be stored.

This LDAP query gets involve with the special control character, which affects its control. The attacker can change LDAP’s intended behavior, which can control the character.

It can also have several root problems that allow the LDAP injection attack which is improperly validated. The text user sends the application where LDAP query is a part, and it comes without sanitizing it.

This type of injection gives the vulnerability in the compilation of XML external entity (XXE). It exploited the support where it provides DTDs with weak XML parser security.

Attacker can easily use crafted XML documents that perform the various of attacks where it will have the remote code execution from path traversal to SSRF.

Like the other four attacks, it has not exploited unvalidated user input and has an inherently unsafe legacy. If you process the application in XML documents, this is the only way to avoid the vulnerability that disables DTD’s support.

As we have mentioned in the article all attacks are directly happening towards the server and everything related to the internet open access. To prevent these attack, you need to update this with advanced applications and regular updates that released by your respective software vendors.