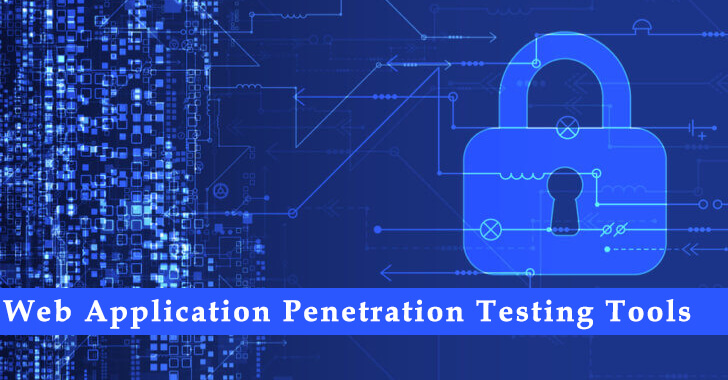 Web Application Pentesting Tools are the most essential part of the penetration testing process when it comes to web-based applications. We all know very well that in the old days, hacking was quite difficult and required a lot of manual bit manipulation.

However, today, on the internet we can find a complete set of automated test tools that simply turns normal hackers or security experts into cyborgs, computer-enhanced humans and capable of testing much more than ever.

What is Penetration Testing?

The penetration testing is also known as ethical hacking as well, and it is basically, a practice to test a computer system, network or web application simply to find vulnerabilities that an attacker or malicious hackers could exploit.

Penetration tests can be automated with software applications, or they can be performed manually. The main objective of penetration tests is to determine security weaknesses.

Apart from these things, penetration tests can also be utilized to prove compliance with an organization’s security policy, the safety awareness of its staff and users; and the ability of the organization to identify and combat those security errors or attacks.

Hence, to reinforce the defenses the security professionals need to build a set of tools, both free and commercial.

Some penetration testing tools are free and others are not, but they all serve a purpose: the administrator must find the vulnerabilities before hackers do.

Each tool differs in its scanning methods, which security administrators can implement, as well as the types of vulnerabilities they are looking for.

Generally, some of them offer an unlimited number of IP addresses or hosts to exploit, and others don’t. Some are specific to operating systems, and others are agnostic.

Basically, we are in a stage where we should work smartly. In short, why use a horse and carriage to cross the country when you can fly in a plane! Hence, here we have created a list of smart penetration testing tools that make the work of a modern pentester faster, better, efficient, and smarter.

Moreover, the penetration tests are sometimes called “white hat attacks”, as we all know that in these types of tests the good hackers or white hat hackers try to get into the force.

So, now without wasting much time, let’s get started and simply explore the whole list that we have mentioned below.

Cyver Core is a pentest management platform with a client-facing cloud portal for delivering Pentest-as-a-Service.

In addition, you can create and customize workflows, checklists for vulnerability frameworks, and assessment data to better manage work across pentest teams.

For clients, you can create, manage, and share pentest projects using Kanban-style boards or calendars, with projects fully integrated into automation – so client data auto-populates in relevant reports.

It generally used for obtaining several security vulnerabilities in a web app through the construction as well as a testing phase.

Thanks to its intuitive GUI, Zed Attack Proxy can be handled with equal ease by newbies as that by experts.

Moreover, it has been the most notable OWASP project; it has awarded as the flagship status.

ZAP is written basically in Java, and it can further be used to prevent a proxy for manually testing a webpage.

ZAP is free to use, and it has a scanner and security vulnerability finder for web statements.

W3af is one of the Web Application Attack and Audit Framework, which is developed by using Python.

This tool simply enables testers to find over 200 varieties of security problems in web applications.

W3af has a command-line interface and works on Linux, Apple Mac OS X, and Microsoft Windows. w3af is basically classified into two main parts, that are the core and plug-ins.

The core part regulates the process and contributes features that are applied by the plug-ins; hence, it gets vulnerabilities and utilizes them.

Moreover, the plug-ins are correlated and share information using a database.

Arachni is created to recognize security issues inside a webpage, and it is basically an open-source security protection testing tool that is capable of uncovering several vulnerabilities.

Moreover, it helps in examining web application security, and it works as a meta-analysis on the HTTP acknowledgments it receives during an audit method and presents several insights and to know how to secure the application.

Wapiti is one of the leading Web Application Pentesting Tools, and Wapiti is a free of cost open-source project from SourceForge.

If you want to check web applications for security vulnerabilities, Then it performs as black-box testing.

Hence, it is a command-line application, and most importantly, it knows multiple commands used by Wapiti. It is easy to use for the experienced, but testing for newcomers is a bit difficult.

But the new users don’t need to worry, as you can easily find all the Wapiti directions on the official documentation.

Hence, for checking if a script is vulnerable or not, Wapiti injects payloads, and the open-source security testing tool grants support for both GET and POST HTTP attack techniques.

Metasploit is one of the most advanced and popular frameworks in the Web Application Pentesting Tools list that can be used for penetration testing.

It was based on the concept of ‘exploit,’ which is a code that can exceed the security rules and enter a reliable system.

Hence, if it entered, then it runs a ‘payload,’ a code that executes operations on a target machine, thus forming a perfect framework for penetration testing.

Moreover, it can be practiced on web apps, networks, servers, etc. As it has a command-line, and the GUI clickable interface that flawlessly works on all the major platforms like Linux, Apple Mac OS X, and Microsoft Windows though there might be some free limited trials available, as it’s a commercial product.

Vega is a free open source web vulnerability scanner and a penetration testing platform. With this tool, you can perform different security testing of a web application, and it was written in Java that offers a GUI based environment.

It is accessible for OS X, Linux, and Windows, and it can be used to obtain SQL injection, data inclusion, shell injection, cross-site scripting, header injection, directory listing, and other web app vulnerabilities.

This application can also be utilized using a powerful API written in JavaScript.

It lets you set a few decisions like the whole number of way descendants.

Grabber is a web protection application scanner that primarily recognizes some vulnerabilities on your website.

Grabber is simple, not quick, but manageable and flexible. This web software is created to scan small sites such as personal blogs, forums, etc. admittedly not big applications, as it would take a too long time and drown your network.

Its main motive is to have a “minimum bar” scanner for the Same Tool Evaluation Program at NIST.

SQLMap is a user-friendly, open-source penetration testing tool. This tool is mostly used for identifying and exploiting SQL injection problems in an application and hacking over different database servers.

It has a command-line interface and works on different platforms like Linux, Apple Mac OS X, and Microsoft Windows.

Moreover, we can also say that it allows the process of recognizing and utilizing SQL injection vulnerability in a webpage database, and the most interesting thing is that the SQLMap is entirely free to use.

Ratproxy is also one of the well-known and open-source web application security audit proxy tools which can be used to find security vulnerabilities in webpage applications.

Generally, this Web Application Pentesting Tools created to defeat the problems that the users regularly face while using other proxy tools for security audits.

Even it can also distinguish between CSS stylesheets and JavaScript codes. Moreover, it has potential difficulties and security-relevant design patterns based on the measurement of existing, user-initiated business in complex web 2.0 environments.

Wfuzz can be used to brute strength GET and POST parameters for measuring various kinds of injections like SQL, XSS, LDAP, and many more.

A payload is a source of data in Wfuzz, and its simple idea simply allows any input to be injected in any required field of an HTTP request, enabling to perform multiple web security attacks in various webpage application elements like parameters, authentication, forms, directories, headers, etc.

According to us, these are the best Web Application Pentesting Tools in the open-source and internet world.

However, we have chosen all of them because they are easy to use and user-friendly applications.

So here, we have given all the information regarding the 10 best open-source Web Application Pentesting Tools.

What you have to do now is, try them out and see which one is better suits your needs. However, if you have any other open-source Web Application Pentesting Tools that you have used and think is most suitable, then please let us know in the comment section below.

We hope that you liked this post, and it must have been useful to you, if so, then simply do not forget to share this post with your friends, family and on your social profiles as well.