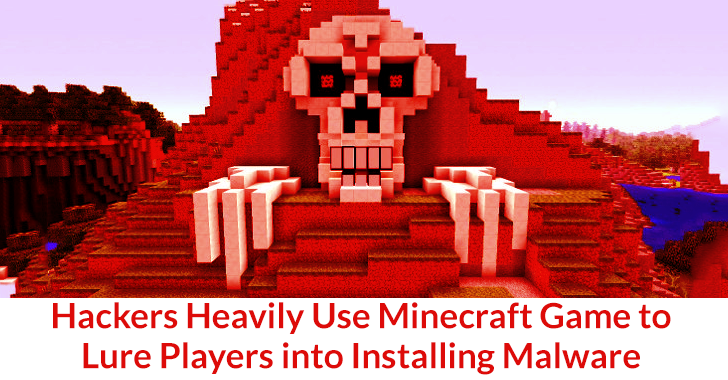 Cybercriminals use Minecraft to lure unsuspecting players into installing malware on their computers, as it is the most frequently abused game title by them.

Kaspersky Labs, which is known for its cybersecurity expertise, have compiled some data between July 2021 and July 2022 that shows some important statistics related to the spread of malicious files via the abuse of game brands as follows:-

As a result of the abuse of these games during this period, the following game titles have also had notable percentages:-

While if we compare it with the PC gaming space, Kaspersky determined that there are much smaller distribution volumes on mobile devices. However, with a 40% share of the market, Minecraft still dominates the category.

Game titles are mostly used by hackers as lures to induce people to click on their sites because they have a large target base. Due to the fact that the abused game titles captivate the attention of millions of people around the world.

Almost all modern games have an in-game economy component that is part of the gameplay. Here comes the role play, as the threat actors make fake promises to provide the following services in order to ensure easy progress for users:-

It remains one of the most notable trends in which threat actors lure users by offering easy in-game money to achieve their malicious goals.

There are a number of examples from Kaspersky that contain cloned originals of in-game items sold in fraudulent in-game stores. Users are scammed into paying for items that they will never receive through these fake stores.

A common way for hackers to exploit these types of situations is by offering phony beta testing launchers that masquerade as pirated versions.

As a result, the gamers ultimately execute the malware on their system by avoiding the warnings provided by the antivirus tool.

Below we have listed all the recommendations in order for you to stay safe while playing games:-