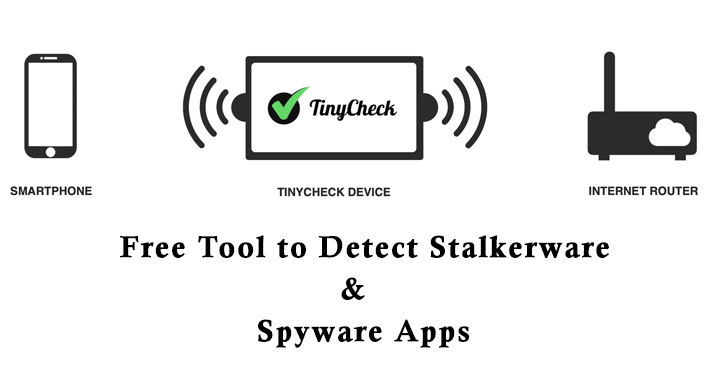 TinyCheck is Kaspersky’s free and open-source tool for detecting stalkerware and monitoring apps. First, it was created in 2019 as an effect of discussions between Kaspersky and a women’s protection organization in France.

Recently, Kaspersky disclosed a new hub dedicated to TinyCheck, emphasizing its up-to-date developments and changes. It also helps in detecting stalkerware and spyware apps on android and iOS.

The working of TinyCheck Tool

TinyCheck helps to simply capture network communications from a smartphone or any device which can be associated to a Wi-Fi access point to quickly analyze them. It checks whether any suspect or malicious communication is outgoing from a smartphone, by using heuristics or specific Indicators of Compromise (IoCs).

It is a free and open-source tool. TinyCheck doesn’t require installation to a smartphone but uses a separate external device, the Raspberry Pi microcomputer. It can be used to check any device and on any platform, including iOS, Android, or any other OS. Notably, the tool can be used by NGOs and police units to help support victims of digital stalking.

TinyCheck can spot any malicious communications from cybercrime to state-sponsored implants. It allows the end-user to push their own extended Indicators of Compromise via a backend in order to detect some ghosts over the wire.

Stalkerware is monitoring software or spyware that is used for cyberstalking. It allows someone to secretly spy on another person via their mobile device. It is often used to abuse the privacy of current or former intimate partners.

In this case, the abuser can remotely monitor all the device activities including web searches, geolocation, text messages, photos, voice calls, and much more.

The Non-profit organizations report a growing number of survivors are seeking help with stalkerware, and cybersecurity companies are detecting a consistent increase in these harmful apps.

In 2020, Kaspersky Lab released a report on the state of stalkerware. Among its findings were that the United States, Russia, and Brazil were the three countries most affected.

The Coalition against Stalkerware was established in November 2019 in response to the rising threat of stalkerware. With the purpose of fighting against technology-facilitated abuse, the initiative aims to unite both organizations that work to combat domestic violence and the IT security community.

“I have worked with gender violence associations for many years and TinyCheck is a tool that victims and the general public need. TinyCheck is similar to an antigen test: a fast, economical, and reliable test to perform an initial inspection that can identify mobile device infections,” explained Bruno Perez Junca, the honorary member of the Stop Gender Violence Association, in a Kaspersky press release.