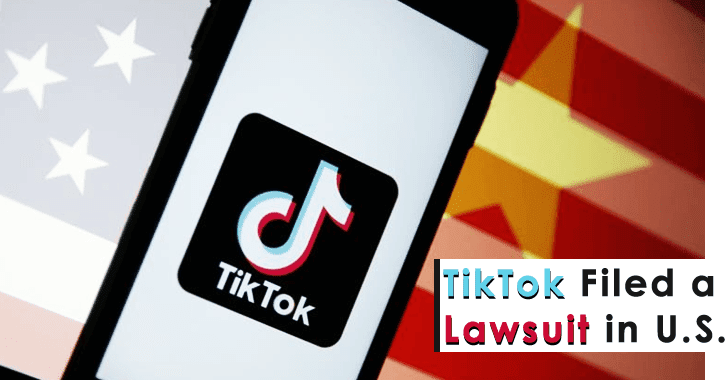 Recently, TikTok has filed a lawsuit in the U.S. federal court, questioning a White House official order that definitely will ban the app unless TikTok is auctioned by November 12. But, the global chief security officer, Roland Cloutier, affirmed regarding the ByteDance that he still doesn’t get why the U.S. government has designated TikTok as a national security threat.

China’s ByteDance told the engineers regarding their popular short-video app TikTok will make contingencies this week, and they need to shut down its all operations in the United States. That’s why the Trump administration has declared an order on August 6 that they would ban all the business with TikTok within 45 days.

Why TikTok sued the Administration

According to the Court reports, the current administration has decided to ban TikTok in the US due to the security issues and designated TikTok as a national security threat.

But now various doubts are coming up, as TikTok has filed its objection to the government’s administrative order prohibiting its business in the US due to asserted national security threat.

The ByteDance asserted that from the past few years, many people of all community and background had enfolded the TikTok community. That’s why in current times, nearly 100 million Americans turned to TikTok for enjoyment, influence, and association.

It has many creators that are relying on their platform to display their innovative ideas, reach a wider public, and can create income.

They have more than 1500 employees across the U.S., and they pour their hearts into creating this platform every day, along with 10,000 more jobs projected in California, Texas, New York, Tennessee, Florida, Michigan, Illinois, and Washington State.

Apart from this, many of the country’s leading brands are already on TikTok to join with users more authentically and instantly.

Does the Chinese Govt. Request Data?

Roland Cloutier affirmed that they have never received any request from the Chines government for the user data. Ronald claimed that they stick to the point in their transparency reports when the law enforcement asks them for things like this.

We all know that U.S. law enforcement is beneficial in the digital space, and they also got some warrants from them. The U.S. govt. also claimed that they had got requests from other countries, but they did not get a single offer from China.

As the U.S. law enforcement stated that the situation is pretty simple; They claimed that the data doesn’t even exist in China, so there are many different ways in which we can look into the matter. And it is quite convincible as the Chinese government doesn’t ask for it.

The complaint was precisely explained by U.S. law enforcement; they affirmed that they have faith in the administration’s decision, as it is heavily politicized.

“The President’s charges for payments have no connection to any credible national security interest and assist only to emphasize that all the Defendants failed to grant Plaintiffs with the due process that are needed by the law.”

Does TikTok store its users’ (US-based users) data in the U.S.?

Roland Cloutier clearly asserted that the TikTok user data is collected and stored in the United States, and none of that is subject to Chinese law.

“TikTok shares user data with a parent or subsidiary or another affiliate of the corporate group.” What does this mean?

They might do some testing or review on a new function that may be found by another part of the organization, said Roland Cloutier. In this procedure, they might require to test specific features of the dataset to assure that a product runs wisely.

They may allow one individual from 48 countries that they determine to do multiple testings. And the testing is relatively easy as they have several engineers, as an A.I. firm that they have bought in the U.K., community organizations in Germany and Spain, and a large group in India, as well as in China.

The U.S. has strict employee limitations on any data, and they consider that the protected data is one of the sensitive things, and they go as far as to encrypt those throughout the lifecycle that they’re in the community.

But, in those situations, they enable the data to the engineer so that they can get the key details of the data. Even they ensure that the data is safe and secure as they have a bunch of limitations, commands oversight, monitoring controls, data exfiltration controls, and all these are performed at a time.

How TikTok Protect Under 18 Users’ Data?

TikTok, assures that every data of the users are safe and secure with them, and it gets more critical when the user comes under 18 years. Not only this but the TikTok also ensures safety for the users who are below 18, like they have a set of tools, technologies, and frameworks so that, if the user is under 17, they can forcibly implement those tools.

On the other side, if the user is under 13, then those tools and technologies will be automatically utilized, and the content was kept as private until the user makes it public.

So, the data and content are critical that are need to be protected carefully. TikTok preserves every user data from every position in the community, and they grant a very high level of assurance to the users.

Moreover, nobody knows that whats the future is going to be, said Roland Cloutier; As all, it matters that they still have nearly a billion users on the TikTok platform.

They still have an essential purpose, that is, to secure the safety of the community on the platform. Roland Cloutier told cyberscoop interview that from now onwards, they will only focus on the safety and security of the users and the TikTok community.

The administrative orders upon TikTok have commenced ByteDance to explore the sale of the famous video app, which is utilized by millions of teenagers and several influencers. TikTok has also been banned in India, and now the company is preparing an offensive extension across Southeast Asia.

That’s why many American firms are focusing on TikTok that includes giants like Microsoft and Oracle. Therefore, TikTok is proceeding to negotiate a possible sale while it challenges U.S. government in court.