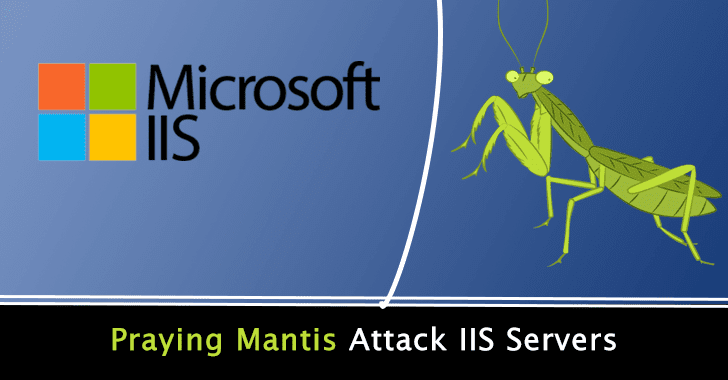 Experts say TG1021 use a completely volatile and custom malware framework tailor-made for IIS servers. The core component, loaded into internet-facing IIS servers, intercepts and handles any HTTP request received by the server.

In addition, it utilizes a further stealthy backdoor and several post-exploitation modules to perform network reconnaissance, elevate privileges, and move laterally within networks.

TG1021 was observed to be highly aware of OPSEC (operations security). To avoid detection, the malware interfered with logging mechanisms, successfully evading commercial EDRs and silently awaiting incoming connections, rather than connecting back to a C2 channel and continuously generating traffic.

Researchers observed that these exploits abuse deserialization mechanisms and known vulnerabilities in web applications and are used to execute a sophisticated memory-resident malware that acts as a backdoor. This malware will be referred to as the “NodeIISWeb” malware.

The vulnerabilities that threat actor leveraged to exploit:

VIEWSTATE is a mechanism in .NET used to maintain and preserve web page session data between a client and a server. When using this feature any client that browses an application receives a serialized.

The deserialization process is exploited by the crafted object to compile an in-memory web shell, then the threat actor accessed it to load the malicious NodeIISWeb malware on the compromised asset.