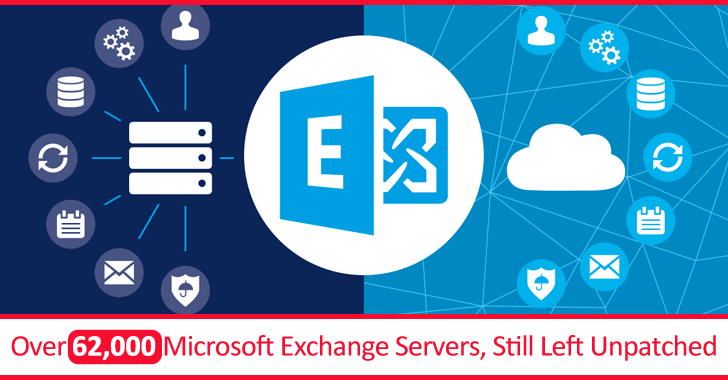 This Microsoft Exchange On-Premises Mitigation Tool generally enables the customers to address the vulnerabilities immediately that are being exploited in the current attacks.

This campaign was initially attributed to the China-linked hacker group, Hafnium, but, in reality, the security flaws that are exploited in this campaign are beyond Hafnium.

Moreover, after a proper investigation that is executed by CyberNews, pronounces that there are still thousands of servers that are vulnerable after being released so many security updates as well as a one-click mitigation tool.

Apart from this, in total, the security analysts have detected 62,174 vulnerable servers, and among them, most servers are from the US. The second place is obtained by Germany, third is France, the fourth UK, and the fifth most affected country is Italy.

This one-click Exchange On-premises Mitigation Tool (EOMT) basically offers the latest Microsoft Safety Scanner that enables all the small business owners to mitigate the very recent ProxyLogon vulnerabilities and the CVE-2021-26855 on any Exchange server.

In the Microsoft Exchange attack, there is Four Zero-day vulnerability that was used in this attack. As we said above that all these vulnerabilities are described as ProxyLogon and this vulnerability is actively being utilized by the threat actors to drop a web shell, crypto miners.

The cybersecurity experts have designed this new tool just like interim mitigation for all the customers, generally, those who were unfamiliar with the new updates method or those who have still not administered the on-premises Exchange security update.

Tasks could be performed by EOMT

In general, anyone who is using the tool can perform 3 tasks, and here they are mentioned below:-

This vulnerability plays its role as an attack chain, and all the attacks, especially the initial attack, always require the ability to make an untrusted connection so that it can Exchange server port 443.

The experts affirmed that Microsoft can protect it by restricting all untrusted connections, or it can also protect by setting up a VPN to insulate the Exchange server from external access.

One should use all the mitigations properly, as using this mitigation will help to defend against the initial portion of the attack.

That’s why the security researchers have recommended that one should always prioritize installing updates on Exchange Servers.