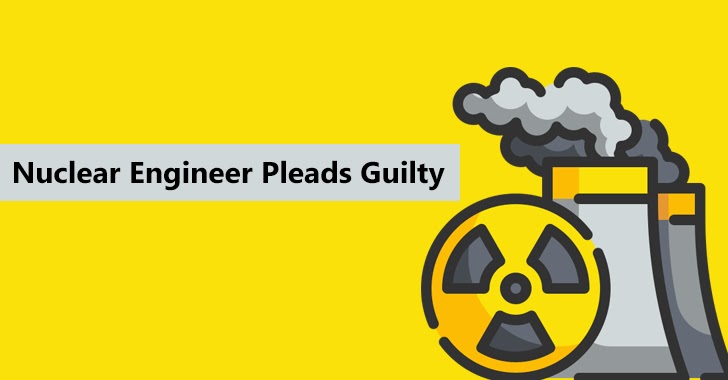 Jonathan Toebbe, aged 43, an employee of the Department of the Navy who served as a nuclear engineer was arrested after trying to sell military secrets, related to the design of U.S. nuclear warships, to a foreign government.

Diana Toebbe, his 46-year-old wife, was also sentenced to 21 years in prison. Jonathan Toebbe received a prison term of more than 19 years.

Reports say he was in possession of a valid national security clearance from the Department of Defense, which allowed him access to “Restricted Data” as defined by the Atomic Energy Act.

He also had access to information regarding naval nuclear propulsion including information related to military-sensitive design elements, operating parameters, and performance characteristics of the reactors for nuclear-powered warships.

“Naval nuclear engineer Jonathan Toebbe was entrusted with our nation’s critical secrets and, along with his wife Diana Toebbe, put the security of our country at risk for financial gain,” said U.S. Attorney Cindy Chung.

“Their serious criminal conduct betrayed and endangered the Department of the Navy’s loyal and selfless service members. The seriousness of the offense, in this case, cannot be overstated.”

Toebbe sent a package with a sample of restricted data and instructions for forming a covert relationship to buy more restricted data from a foreign government in April 2020. The item’s return address was listed as Pittsburgh, Pennsylvania.

He started corresponding via encrypted email with an individual he believed to be a foreign government representative. The individual was actually an undercover FBI agent.

For several months, Toebbe and the buyer agreed to the sale of the restricted data in exchange for thousands of dollars in cryptocurrency.

The report states that the undercover agent made a “good faith” payment of $10,000 in cryptocurrency to Toebbe on June 8, 2021. Shortly later, on June 26, Toebbe carried out a dead drop by delivering an SD card that held military-sensitive design elements for submarine nuclear reactors and was encased in a half-peanut butter sandwich to a designated spot.

The undercover agent sent Toebbe a $20,000 cryptocurrency payment. In return, Toebbe emailed the undercover agent a decryption key for the SD Card. A review of the SD card revealed that it contained Restricted Data related to submarine nuclear reactors.

On August 28, Toebbe dropped another SD card in eastern Virginia, this time hiding it within a package of chewing gum.

The FBI acquired the card’s decryption key after paying Toebbe $70,000 in cryptocurrency. It too included Restricted Data pertaining to nuclear submarine reactors

“The FBI arrested Toebbe and his wife on Oct. 9, after he placed yet another SD card at a pre-arranged “dead drop” at the second location in West Virginia”, a Department of Justice press release.

Toebbe entered a guilty plea to count one of the indictments, which carries a possible statutory penalty of up to life in prison, a fine up to $100,000, and a term of supervised release not to exceed five years, for conspiracy to disclose restricted data.

Reports say he will spend a minimum of 151 months, or 12 and half years, in federal prison as per his plea agreement.

“The FBI is relentless in its efforts to uncover those who seek to do our nation harm by targeting our most valuable secrets,” said Special Agent in Charge Mike Nordwall of the FBI’s Pittsburgh Field Office.

“This case is an example of the hard work and diligence of the FBI and our federal partners to neutralize and hold accountable those people who threaten our national security.”

“The overarching mission of the Naval Criminal Investigative Service (NCIS) is to prevent terrorism, reduce crime and protect secrets, with a very high priority on protecting vital information such as the design and operation of nuclear-powered warships,” said Special Agent in Charge Michelle Kramer of the NCIS Office of Special Projects.