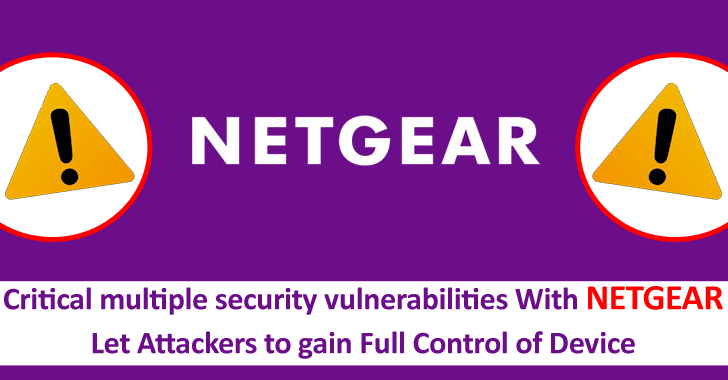 Netgear has recently fixed over a dozen of its smart switches that are generally used on corporate networks, and Netgear has released respective firmware updates to fix them.

In these security updates Netgear has addressed and fixed three vulnerabilities which are reported by the security analyst, Gynvael Coldwind, and these three flaws affect 20 products of Netgear, among them most of them are the smart switches.

However, according to the reports presented by the security experts, currently, the technical details and PoC (Proof-of-Concept) exploit code are available for only two vulnerabilities.

The cybersecurity experts have detected three vulnerabilities and here they are mentioned below:-

And here below we have mentioned the flaw profiles:-

Among three security vulnerabilities, the security researcher, Gynvael Coldwind claimed that one of the bugs dubbed as Demon’s Cries could easily allow a threat actor to take full control of a vulnerable device, as this flaw under certain conditions could bypass authentication.

While the second vulnerability was dubbed as “Draconian Fear,” and it’s an authentication hijacking flaw. By exploiting this security bug, an attacker can easily hijack the session bootstrapping information, and to do so, the attacker needs the same IP address as an admin.

And as a result, the threat actor gains admin access to the device web UI which implies taking full control of the vulnerable device.

Here’s the list of full devices that are affected and fixed:-

Below we have mentioned the firmware fixes along with their respective devices:-

In the official blog, the cybersecurity analysts at Netgear have recommended all its users to update all of their Netgear devices with the latest firmware immediately. If you are still thinking why then let me clarify that this new update brings the following key things:-

To make it more simple they have also recommended the users to use respective official support apps of their products to update their firmware, like:-

Moreover, if you didn’t find any supported app of your product then, in that case, you don’t have to worry about that, since you can update your device firmware manually, and you can do so by following the instructions given in your product’s user manual, firmware release notes, or product support page.