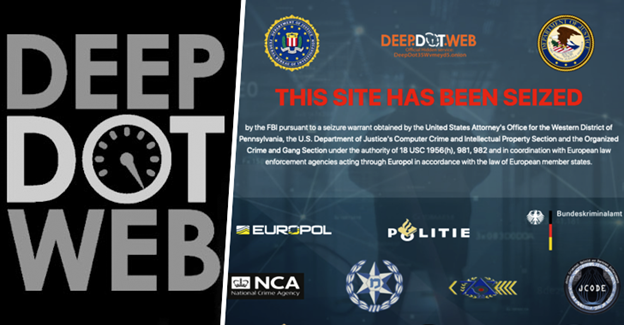 Recently, the administrator of DeepDotWeb, Tal Parihar has pleaded guilty, as he received kickbacks for connecting all the customers like the buyers and the sellers of the illegal goods on the darknet marketplaces.

The administrator of the DeepDotWeb portal, Tal Parihar is an Israeli national of 37-year-old, who is living in Brazil.

He confessed that he had received nearly 8155 BTC ($8.4 million) from suppliers whose illegal products were used as a former administrator of the now-defunct blog.

Moreover, Tal Parihar has also admitted that he has moved all the cryptocurrency through a network of shell companies in an effort to clean all his funds.

The ministry of justice stated that in 2019, Prihar was imprisoned, and soon after, the DeepDotWeb domain was seized; not only this but Parihar has faced up to 20 years of prison.

According to the report, the defendant also agreed to repay $8.4 million – the equivalent of the funds initiated for advertising. After investigating the whole matter, the officials came to know many details regarding Parihar.

The report states that Tal Prihar has worked as a broker for an illegal purpose in Darknet marketplaces. Parihar has been accommodating such marketplaces to obtain various customers for fentanyl, firearms, and other dangerous narcotics.

However, Parihar has indeed benefited from the illegal business that he has been doing illegally in the Darknet marketplaces. FBI has started all their work to know all the necessary details regarding the case.

According to the FBI report, the DeepDotWeb website was being used as a gateway to promote all kind of illegal purchase of items for nearly six years.

All the illegal business that was done through DeepDotWeb include hazardous drugs, weapons, and malicious software. Moreover, FBI agents seized the DeepDotWeb domain in May 2019 on money laundering charges.

Soon after, Prihar and Michael Phan, another Israeli who helped Parihar with all this illegal work, were arrested and accused shortly after that.

US law enforcement, along with Europol and other agencies, has originated a coordinated takedown of illegal dark web vendors in the month of September.

This takedown has led to nearly 179 arrests, and it was named “DisrupTor,” not only this, but this new operation also involved the seizure of over $6.5 million and almost 500kg in drugs like fentanyl, heroin, cocaine, and ecstasy.