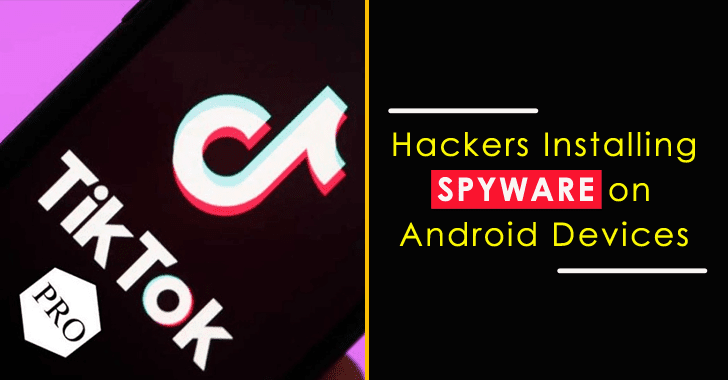 Recently, the security researchers have uncovered a new Android spyware campaign in which they found that hackers are using a “Pro” version of the TikTok app to install spyware on Android devices.

Recently India banned a TikTok App by taking a huge step against Chinese technology dominance in India and ensure national security and protect the privacy of billions of Indians.

In this malicious campaign, the experts have discovered that hackers are exploiting fears in users that TikTok is going to be banned in the United States.

After the news, President Trump and security experts started to worry that TikTok might be a spyware, but here, a bogus “TikTok Pro” Android app is the exceeding the trait.

The main motto of this Tik Tko pro app is to steal all text messages, photos, locations, Facebook passwords, and take screenshots. Moreover, it can also click into your microphone, make calls, send texts, and originate many other apps as well.

The security researchers from Zscalar stated that the users must beware of the Tik Tok Pro, as this spyware app is being backed and supported by the threat actors. However, the threat actors are using a modification of a campaign now, and they are making the rounds already.

Android services are the elements that can be performed to administer separately in the background, outwardly the victim’s awareness. The researchers said that the MainService is the head of this spyware and regulates all its operations from stealing the user’s data to deleting it.

The technical details of this spyware are mentioned below:-

In the case of Tik Tok Pro, it registers three broadcast receivers, and here they are mentioned below:-

The MainService is the primary manager of this spyware, as it handles every functionality that is based on the commands conveyed by the command and control (C&C) server.

There are some capabilities of MainService that we have mentioned below:-

Commands Purveyed by The C&C server

There is a list of all the commands catered by the C&C server that we have mentioned below:-

Apart from this, the security researchers have asserted that this spyware came with various functions that involve Facebook Phishing, Calling functionality, and stealing SMS, but there are many more functionalities available that allows this spyware to perform further operations.