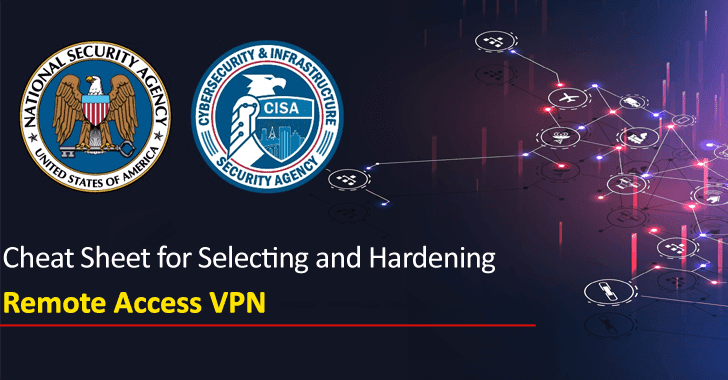 Virtual Private Networks (VPNs) are quite famous, as they enable users to remotely correlate to a corporate network through an unharmed as well as a protected tunnel. But, sometimes this fails to protect users fully, and that’s why NSA and CISA have jointly published a cheat sheet for selecting and hardening the remote access VPN.

The tunnels used by VPNs help the users to take advantage of the internal services and protections that are being offered to on-site users, such as:-

So, the NSA and CISA have combined authorities in order to distribute guidelines ideas so that they can help users to make versed choices while choosing a VPN.

After joining the authorities, both NSA, as well as CISA, has provided some active exploitation of these public CVEs, as they can allow a malicious actor to perform:-

It is very important to choose the VPN correctly since the joint report has also suggested some points that will help the users to choose a wise VPN:-

Once the user is done with choosing a VPN, now the joint report has some action that will harden the VPN, and therefore here we have mentioned them below:-

Apart from this, the cybersecurity researchers of both the agency have claimed that remote-access VPNs are the entry path into corporate networks and all the delicate data and services they have.

However, VPN is being targeted by different threat actors because of the direct access. And that’s why the users always need to select a secure as well as standards-based VPN and after that, they should follow the actions that will harden its attack surface.

Not only this even the users also have to take care of other security concerns like restricting access to the management interface and impair unrequired functionality.