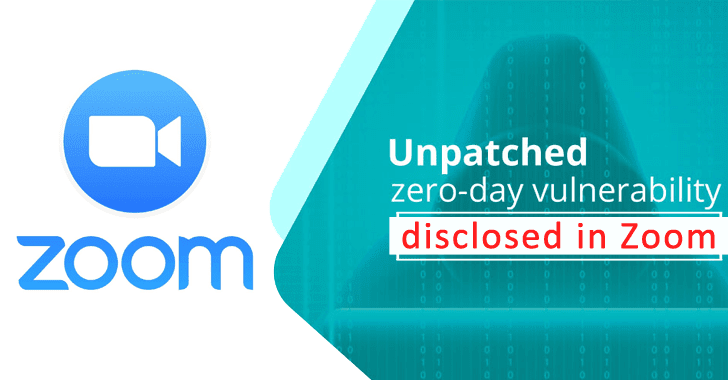 The security experts have detected and shared a remote code execution last week in Zoom client, that is “0day”. According to the reports, this 0day Zoom vulnerability lets attackers to execute arbitrary code on the victim’s computer.

This 0day security flaw was reported to ACROS security firm by a team of security researchers that yearned to remain anonymous. According to the report, this vulnerability is a remote code affecting issue that allows the targeted user to do some common activities like opening a document file outwardly if any warning is being shown to him/her.

The security firm ACROS was capable to instantly create a micro patch that repairs the vulnerability in four different areas in the code. The micropatch is backported from the most advanced version of the Zoom client for Windows (5.1.2) to the prior five versions of the Zoom client.

Soon after the vulnerability was discovered, the ACROS security firm published and issued the micropatch to all online 0patch agencies. So, the Zoom users with 0patch installed will no longer be affected by this zero-day vulnerability.

ACROS said that users could install the micro patch for free of cost, and to install it and use it on the computer, users have to follow the steps mentioned below:-

Create a free account in 0patch Central -> Then install 0patch Agent -> After that, link it to your account.

But, the security researchers affirmed that they would not disclose any detail regarding the vulnerability until Zoom fixing this zero-day flaw.

The Windows versions that got affected by this zero-day vulnerability are:-

Microsoft’s official assistance for Windows 7 has expired in January this year, but there are still millions of users who are prolonging the era of Windows 7 with Microsoft’s Extended Security Updates. While after investigating the whole operation with several attack scenarios, the security team of ACROS informed and suggested Zoom to fix this issue as soon as possible.

Measures to Avoid this Security Flaw

The security team suggested some measures to the users and recommended them to follow these measures until Zoom fixes this vulnerability.

Moreover, ACROS ensured that this micropatch would be available to all users for free of cost until Zoom fixing this issue, as this will help them to minimize the risk of exploitation.