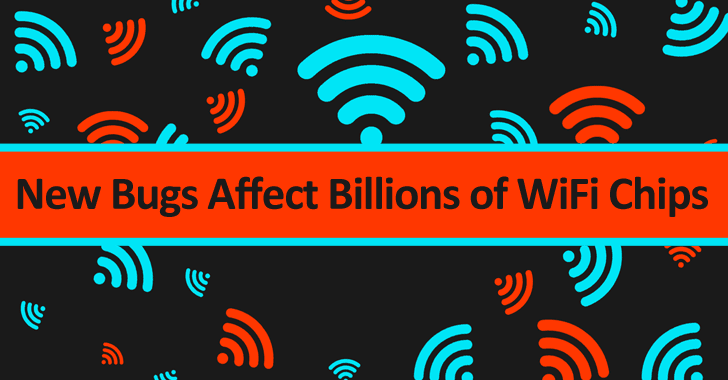 A new series of threat attacks has been detected by the security experts from the University of Darmstadt, Brescia, CNIT, and the Secure Mobile Networking Lab.

These new bugs affect billions of WiFi Chips that allow any attackers to extract passwords and manipulate traffic from the affected devices. All the exploits that are detected are shared resources between Wi-Fi and Bluetooth features.

Nowadays, all modern mobile devices come up with different wireless features for the betterment of users, but the threat actors are targeting these to implement different cyberattacks.

However, this new threat attack is being made on a variety of system-on-chip (SoC) that has been specially prepared by Broadcom, Cypress, and Silicon Labs.

All these resource sharing are done with the motive to make the SoCs more energy-efficient and provide higher throughput and low latency in communications.

After knowing about the threat, the security experts started their investigation, after which they came to know that they were initially required to conduct code execution either on the Wifi chip or on the Bluetooth.

Once done with the code execution on one chip, now they can easily perform all kinds of lateral attacks on the device’s other chips simply by using the shared memory resources.

The chips are generally made by Broadcom, Cypress, and Silicon Labs, and all these chips were found in the different electronic devices by the security experts.

But all the flaws have been reported to their chip vendor, and there are some chips that have already released the security updates.

Many chips have not released any security updates because they no longer support the impacted products or because their firmware patch is virtually infeasible.

While Cypress has published some security fixes in June 2020, and they again updated it in October, and here we have mentioned below the fixes:-

Moreover, there are a few simple protection measures that are recommended, and here they are:-

Solving these issues with the help of the fixes mentioned above will surely help to lower the risk of this kind of threat attack, but the most dangerous element of the attack stays largely unfixed.