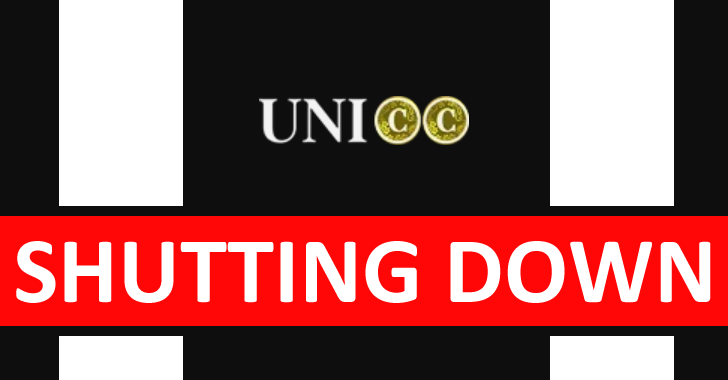 On dark web forums, UniCC, the leading dark web marketplace of stolen credit cards, has recently publicized that they are shutting down all their illegal activities, as affirmed by the blockchain forensics firm, Elliptic Enterprises.

With a total of $358 million in purchases made through the marketplace since 2013 using cryptocurrencies, UniCC managed to prevail as the largest Dark Web provider of stolen credit cards.

The cyber security researchers at Elliptic has stated:-

“This process is known as ‘carding,’ and it has become a key part of the cybercriminal’s playbook. The technique is very profitable in its own right, but it is also used to help launder and cash-out cryptocurrency obtained through other types of cybercrime.”

Moreover, Joker’s Stash, it is the previous market leader that tucked about a year ago, and in October, the White House Market announced its closure. Here these two markets were specialized in the sale of illicit drugs, and not only that, along with these two markets, Cannazon and Torrez were also closed.

Here the users who acquire these cards are based on using their balance, and use those cards for the following purchases and then through other means they resale those to third parties for cash:-

However, most commonly, all these cards were used for laundering assets like cryptocurrencies that are acquired via other illicit executions and operations.

Due to the heavy trade of stolen cards was executed on this market every day, which made its existence vulnerable, and that’s why it’s been spotted by the US President Joe Biden’s administration which ended up shutting down the portal.

In recent times, the dark markets of stolen cards have surpassed the sales value of 1.4 billion in Bitcoin only, and all these happened due to the lucrative deals.

Apart from this, the experts at Elliptic have didn’t yet confirmed that either the operators of this portal were caught or they just successfully fled with all the acquired funds due to this closure.

While the closure of such portals doesn’t put an end to these services since new markets are already emerging, as recently, for advertisement and publicity, one of the emerging portals, “All World Cards offered,” has distributed over 3 million cards for free.