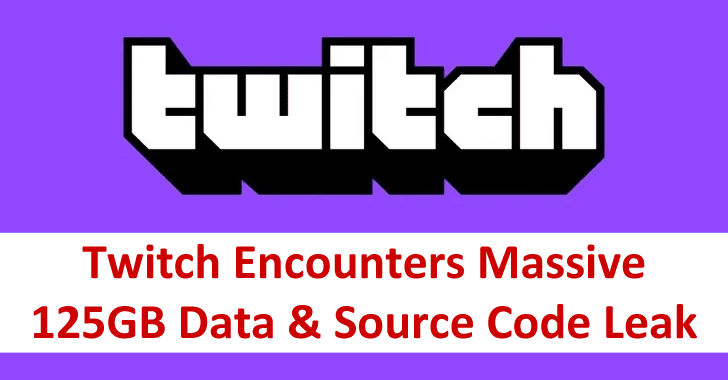 An unknown hacker has recently leaked 125GB of source code and business data of popular video streaming service, Twitch in 4chan. This massive leak includes the internal tools and SDK of the service, as well as the Vapor files as well.

This massive leak initially appeared on the 4chan site, where the hacker posted 125 GB files.

Here, the hacker claims that the leak is a response to recent “hate raids,” coordinated bot attacks that have flooded streamer chats with hateful and offensive content.

Here’s what the hacker stated:-

“Their community is […] a disgusting toxic cesspool, so to foster more disruption and competition in the online video streaming space, we have completely pwned them, and in part one, are releasing the source code from almost 6,000 internal Git repositories,” the leaker said earlier today.”

And not only that, even this attack has also struck many of the platform’s streamers last summer. Apart from this, now anyone can get acquainted with the information about the earnings of their favorite streamer.

As the accuracy of the revenue, data is still in question and the initially posted data turned out to be incorrect. While the total earnings of the listed streamers are likely to be noticeably higher since the leaked data doesn’t include the following things:-

The security experts have asserted that they have downloaded the torrent files to study them closely, and they identified that all the content matches the description of the hackers.

In the leaked file the analysts found several dump folders that contain the following information:-

According to the leaked data, Asmongold has earned about $2.5 million over the past three years, and CriticalRole has earned over $9.5 million.

According to tot Twitch report, Out of an abundance of caution, Twitch has reset all stream keys. You can get your new stream key here: https://dashboard.twitch.tv/settings/stream.

Depending on which broadcast software you use, you may need to manually update your software with this new key to start your next stream:

However, there is no personal data of Twitch users that have been found on the leaked files, but, they contain payments data of the best streamers.

For now, they have recommended users change their current passwords and enable multi-factor authentication for their accounts as a prudent measure.