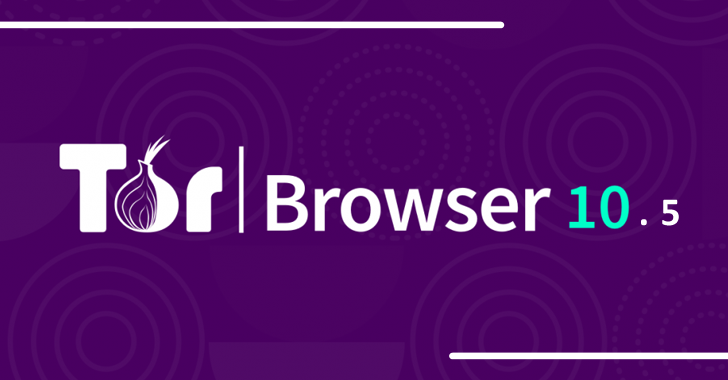 Tor browser has released its latest version Tor Browser 10.5, this new version has mainly focused on the importance of security and anonymity.

Apart from this, users from each county can now use this new version, as there were many countries where the Tor browser has been blocked by authorities now they can also use the Tor delightfully.

However, Tor Browser 10.5 is one of the important updates that was needed for its better performance. This new version mainly aims to enhance the expertise of users living in countries where their ISPs control the internet.

However, users who were facing the problem of censorship a lot in the previous version, now to solve this problem the experts have invented bridges, and thus it accesses the nodes whose addresses are available.

Initially, users just have to apply for a special request, but doing this is not easy, and that’s why authorities block access to Tor.

Nowadays users are trying to deal with this problem, however, China and Iran have learned to overcome the censorship problem. Tor Project has initially suggested the use of transports, as it makes it quite difficult to block nodes.

The most important feature of this new version is that it aims to provide additional protection. This new version of Tor helps censored users to get access to the open Internet simply, just by explaining connection flow, exposing censorship, and providing bridges.

This new version of Tor has V2 Onion Services Deprecation, which means that this new release will warn you when attending a v2 onion site of its future deprecation.

With this new release, Snowflake, the system that exposes Internet censorship, is now available as a bridge. It implies that all the censored users can now easily use the Snowflake as a pluggable conveyor, relying on proxies controlled by volunteers to attach to the open internet.

The new release of Tor Browser 10.5.1 is a bug fix for Android, as this new version will easily fix the Android Bug 40324: Change Fenix variant to Release.

Snowflake added as a Tor bridge

However, in this new release, the bridges are Tor transfers that are operated by volunteers and are not added to the public Tor directory. But in this, every user can request a bridge to work in the Tor browser to circumvent the censorship in their country.

To configure the bridge features the Tor users can utilize the SnowFlake proxy network to bypass censorship.

Snowflake generally uses the efficient domain fronting method to make a proper connection to one of the thousands of snowflake representatives that are being run by many volunteers.

Tor Browsers 10.5 comes with all amazing and helpful features, that enhance the working procedures of its, and it also aims to provide extra protection and security to the users.

This new version is primarily released for all the major platforms like:-

So, if you want to download and try the new version of Tor, then simply visit the official download page of Tor from here.