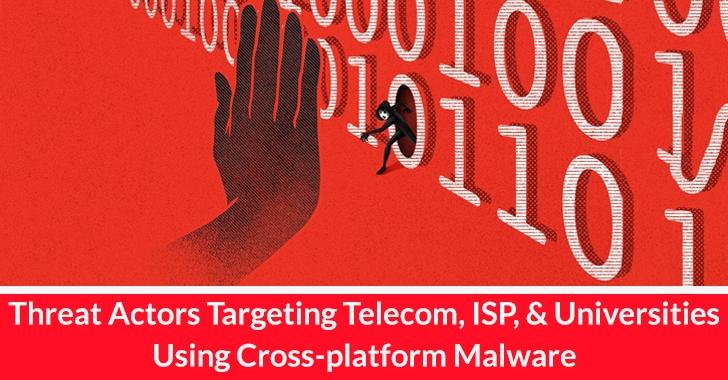 There have been multiple reports of attacks targeting multiple sectors of the Middle East and Africa by an unknown threat actor that has previously gone undocumented and whose origin is unknown. These attacks have affected the following sectors:-

It is very imperative for operators to have a clear understanding of the following three key points:

As part of its pursuit of espionage interests, the threat actor has mostly focused on developing cross-platform malware for the purpose of obtaining information. Moreover, long-term access and a limited number of intrusions are hallmarks of the campaign.

As mentioned above, each of these platforms is specifically designed to operate in-memory and hide their presence when they are used. It should be noted that metaMain also acts as a conduit for the deployment of Mafalda.

This flexible implant can be programmed to respond to over 67 different commands and is designed to be interactive.

There are a number of features that metaMain can offer on its own, including:-

The attack chain has been further complicated by the involvement of a Linux malware that is unknown. While here from the compromised systems this malware gathers all the key information and transmits it back to the Mafalda implant.

However, till now, security experts were unaware of the entry vector that hackers are used to facilitate these intrusions.

Mafalda only offers the following commands as part of its newer variant:-

A clear separation of responsibilities between the developers and operators of Mafalda can be seen from the documentation of the internal commands. As a result, Metador’s attribution will remain to be a mystery for the foreseeable future.

Apart from this, it appears from the internal documentation of Mafalda that a dedicated team of developers maintains and develops the implant on a continuous basis.