Home Threats The Biggest I.T. Threats Of The Future 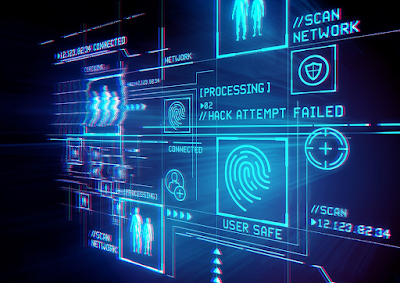 Cybersecurity has come to represent one of, if not the largest, threats to businesses. Below is a list of the most pressing ones to be aware of so that you can plan and stay vigilant.

DDoS is already a major problem for websites with lots of users or customers. Hacktivist groups like Anonymous have made headlines with how effective their DDoS campaigns are, and in the future, these attacks will only become more difficult to ward off. This means it will become increasingly important, especially in the remote work era, for remote IT staff to identify and stop this attacks before they become an issue.

Ransomeware is already a common threat to business, with viruses like CryptoLocker holding users’ files at ransom. The next generation of ransomware will target businesses for bigger paydays using keys gained through data breaches and other methods.

As more businesses allow their employees to use smartphone or tablet apps connected to corporate networks, the security hazards increase exponentially.

Unsecured apps leave organizations vulnerable to hackers who exploit vulnerabilities in devices themselves (like weak passcodes), third-party app stores (where enterprises could get cut off from support services because they didn’t buy the app directly from Google Play or Apple’s App Store), and even individual links within popular social media sites like Facebook.

Legal action against companies by governments

With various government agencies more concerned than ever with privacy issues, more court cases are cropping up where companies are being expected to hand over user data or store it in hostile countries.

When the NSA leaks exposed the U.S. governmental agency’s massive spying program, it sent waves of concern through I.T. departments everywhere. Privacy is important to many consumers, but it’s an especially sensitive topic for companies holding highly privileged data of all types (like social security numbers). When employees lose faith in their employer’s ability to protect personal information, this can lead them to take matters into their own hands (by becoming ‘ethical’ hackers ).

The majority of businesses are now using a mix of traditional I.T. systems and cloud-based ones that provide fast, easy access to important documents. Unfortunately, these services can be more susceptible to attacks by hackers (although they’re often better equipped to withstand them). Additionally, some users access these clouds for personal use -shady behaviour that could put companies at risk. If you’re concerned about keeping your business safe from cyber threats like these, make sure your employees understand what best practices entail (and realistically, how much time it takes).

There are currently 70 million millennials in the United States alone and their combined spending power accounts for $200 billion. According to Forbes, 2012 U.S. college graduates hold over 1.7 million I.T. jobs. As this generation enters into the workforce, they will increase the number of cyber incidents that organizations must deal with on a daily basis.

The Internet is not just for computers anymore; it is now making its way into other areas such as cars, home appliances, and now even your garden. The Internet of Things (IoT) is becoming more popular, but it also brings security risks with it. Cybercriminals are now targeting smart homes that use IoT systems for crimes such as robbery.

Bring Your Own Device: Businesses face an increased risk of data loss when employees bring their own devices into the workplace. When using their own mobile devices for work purposes, there is no control over what type of personal apps or services are on them, which can lead to data theft if an employee’s device gets lost or stolen. A study conducted by Cisco found that 91% of companies who allow employees to use their own mobile devices at work lack a formal policy governing this practice.

There are many threats that businesses need to stay aware of when it comes to cyber security. However, in order for these threats to be effective, hackers must have access to an organization’s internal system-which is not easy without the help of employees. By understanding the threats listed above and engaging in proper cyber security practices, companies can keep themselves safe from attacks.