Home computer Security Streaming Wars as a Hotbed for Cybercriminals: Scope and Attacks 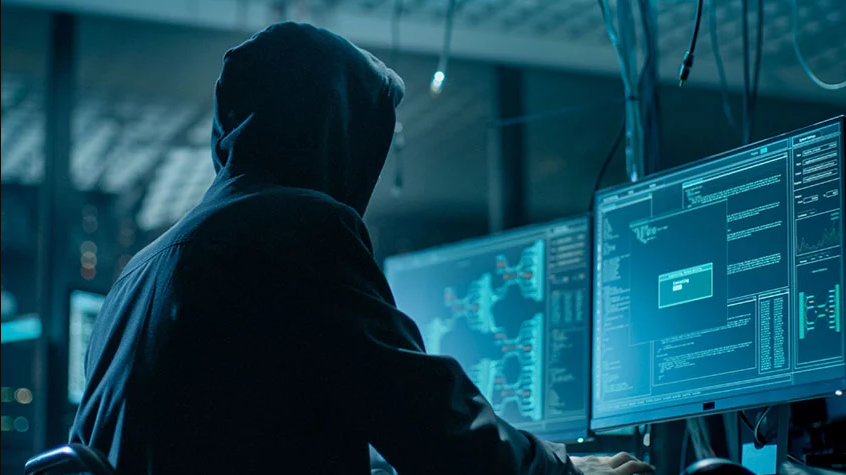 Time and again, Cybercriminals have forayed into the digital space, mostly convoyed with newer strategies to breach, attack, and plunder us of our confidentiality. Slithering into the unsuspicious segments, these threats make the most of our ignorance about the cybersecurity standards. If the diverse aspects of the digital domain weren’t enough for the cybercriminals to barge in, the concept of Streaming Wars, introduced way back in 2019, continues to pave the way for more pronounced attacks.

The Relevance of Streaming Wars to the Cyberattacks

It was then speculated that that video streaming domain was garnering enough popularity to become a $688.7 billion market by the end of 2024. And the figures were anything but presumptuous.

However, with the entertainment market seething with opportunities, Streaming Wars also piqued the interest of cybercriminals, offering them instant access to an amassing source of client data. Moreover, with a few streaming platforms at their inception, there were hardly enough investments made to secure user details.

2020 was not an ill-fated year for the Over-the-Top streaming platforms like Netflix, Hulu, Disney+, and more. With people restricted indoors, streaming devices including Apple TV 4K, Chromecast, and Amazon Fire Stick sold like hotcakes. Therefore, despite the cybersecurity standards set by select streaming clients, data breaches, hacks, and stolen passwords were common.

If stats are to be believed, the Disney+ platform was hacked hours into the launch and customer account details were readily sold on the dark web for costs ranging from 3 dollars to 11 dollars. Atrocious, isn’t it!

Apart from the new streaming clients, even the more established ones like Hulu and Netflix experienced major instances of distributed malware, phishing attacks, and spam for the better part of 2020. By the end of 2020, analysts presumed that more than one person in a list of ten was prone to getting their streaming accounts hacked.

That said, with the pandemic expected to accompany us into 2021, streaming services, platforms, and devices are only going to scale up in numbers. Moreover, with Netflix launching innovative ‘Free Streaming’ campaigns at regular intervals to amplify the user base, cybercriminals are expected to get ready access to insane volumes of user credentials.

Attackers plan on coercing users into clicking on fake login pages and websites whilst pairing malware with specific original content pieces or the entire streaming platform in general. Besides, with streaming devices offering free and paid content access to individuals, getting the malware through might not be as difficult as it seems.

Based on reports released by the ‘Kaspersky Security Network’ or the KSN, streaming platforms like Disney+, Hulu, Amazon Prime Video, Apple TV Plus,  and Netflix are most prone to these threats, as users do have access to an endless sea of content.

Also, the 183 paid member base of Netflix, spanning across 190 nations and more, showcases the seminary that Cybercriminals can dig into for unscrupulous gains.

Besides, streaming devices, if used erratically, can speed up the scourge of cyber threats. For instance, if you have an Amazon Fire Stick at your disposal, you are at the liberty of accessing third-party applications and content, if you know how to jailbreak a Firestick for unearthing a world of possibilities.

However, you need to follow a detailed jailbreak or rooting guide, regardless of the streaming device in hand, to keep the cyber threats at bay. Moreover, having a credible VPN, preferably one with P2P Tunneling Protocol, can allow you to work around the ‘Jailbreak’ sans security threats.

More about the protocol in a separate discussion!

Coming to the streaming platforms, cybercriminals also push forth adware as a promise to upgrade the free trial or offer perks of free subscription to the interested parties. This way, it becomes easier to reach into the select user devices and get access to confidential information. Besides adware, attackers also push forth bundled files, unofficial links, backdoors, and Trojans to infect a specific system.

Besides, users with streaming accounts have tendencies to reuse the passwords and login credentials, eventually putting their sanity at risk. Lastly, accessing free account checkers to get unpaid access to a particular streaming service is also akin to playing with fire as KSN reports have found applications and sources with Cracker, Brute, and Checker keywords to be highly ludicrous.

It might come as a surprise to many that a majority of Original Series content pieces are also prone to cyberattacks and relevant threats, with Netflix’s Tiger King, Stranger Things, and Ozark being only a few to name. While the list extends virtually to every platform under the scanner, the ability of these criminals to pair malware with specific content is as baffling as it can get.

However, the process is necessarily the same as used for the content platforms, with adware being the most common tool. Therefore, it is advisable to use paid, single accounts, and consume content only from the designated platform and not via any random link that exists in the digital domain.

As per detailed reports released by the ‘Kaspersky Security Network’, we could infer the following:

For a vigilant streamer, Streaming Wars should be more of a productive option to view informative and glute-burning content from diverse platforms, instead of being exposed to threats. Besides, once the credentials are leaked, phishing attacks are the next moves made by the cybercriminals, precisely to gain access to the confidential financial and private details.

Regardless, online vigilance is probably the best way to scale beyond these threats and we are going to need a lot more of the same, in 2021.