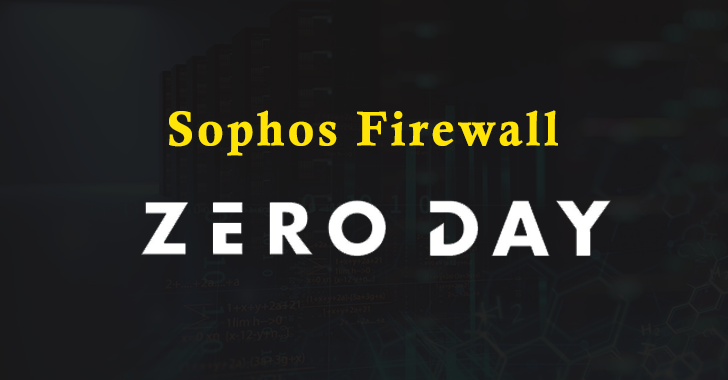 Previously, Volexity noticed a sophisticated attack against a customer that is seriously targeted by multiple Chinese advanced persistent threat (APT) groups. This attack leveraged a zero-day exploit to compromise the customer’s firewall.

The cybersecurity company, Volexity said in a report, “The attacker implement an interesting webshell backdoor, create a secondary form of persistence, and ultimately launch attacks against the customer’s staff. These attacks aimed to further breach cloud-hosted web servers hosting the organization’s public-facing websites.”

Volexity detected anomalous activity emanating from a customer’s Sophos Firewall through its Network Security Monitoring service. The research of the data leads to the detection of a backdoor on the firewall. The researchers say the attacker was using access to the firewall to conduct man-in-the-middle (MITM) attacks.

Later, Sophos released an advisory explaining a remote code execution (RCE) vulnerability (submitted by a third-party) in its firewalls covered by (CVE-2022-1040) with a (CVSS score: of 9.8). Volexity attributes these attacks to a Chinese APT group tracked as “DriftingCloud”.

A patch for the flaw was published, noted that it was abused to “target a small set of specific organizations primarily in the South Asia region” and that it had notified the affected entities directly.

In the analysis, experts observed that the attacker tried to blend its traffic by accessing the installed webshell through requests to the legitimate file “login.jsp.”

“This might appear to be a brute-force login attempt instead of an interaction with a backdoor. The only real elements that appeared out of the ordinary in the log files were the referrer values and the response status codes”, says Volexity.

The researchers decoded some requests made by the attacker using this webshell and identify the attacker was using the publicly available BEHINDER framework. This was the framework the company believed was leveraged by one or more Chinese APT groups involved in the recent zero-day exploitation of Confluence Servers systems tracked as (CVE-2022-26134).

Further Actions Performed by the Attacker

The Cybersecurity firm identified several other actions performed by the threat actors, which include:

Vendors or perimeter devices should also provide methods for examining potential compromises. Volexity recommends using a set of YARA rules that could flag suspicious activity from this type of attack.

Study: Phishing Takes Up a Third of IT Time,...