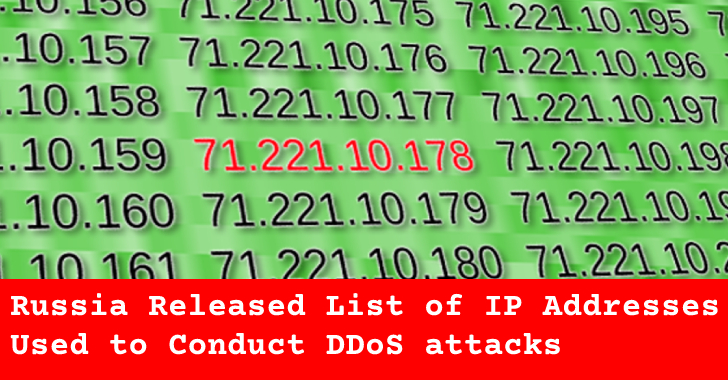 The National Coordinating Center for Computer Incidents released a list of IP addresses which were conducting the operations against Russian organizations. As part of Ukraine’s response to Russia’s invasion, Ukraine was involved in cyber warfare against Russia.

The NCCC were logging all the IP addresses involved in attacking the organizations. To protect other organizations from these cyber attacks, they have released a list of 17,500+ IP’s that were involved in the DDoS attacks.

Ukraine’s Digital Transformation Minister Mykhaylo Fedorov announced that they are recruiting for an IT army. On Saturday afternoon, he posted on Twitter that to fight on the cyber front they have created a telegram channel that will provide all the operational tasks for cyber specialists.

He further added that “Cyber is inherently escalatory and it doesn’t matter how good it makes you feel it’s irrelevant in the current situation. People are getting shot and bombed. The invasion is underway. This isn’t the time for your cowboy bullshit”.

Wordfence said that they found a massive number of systems owned by Ukrainian universities were compromised. This coincided with the attack of Russia on Ukraine.

According to Check Point Research that the number of cyberattacks carried out by hackers on Ukraine during their current conflict with Russia has risen by over 196% in the past three days alone.

As hackers continue the trend of choosing popular messaging apps so as to communicate with one another, it’s no wonder that cyber hacktivists have adopted Telegram for the same.