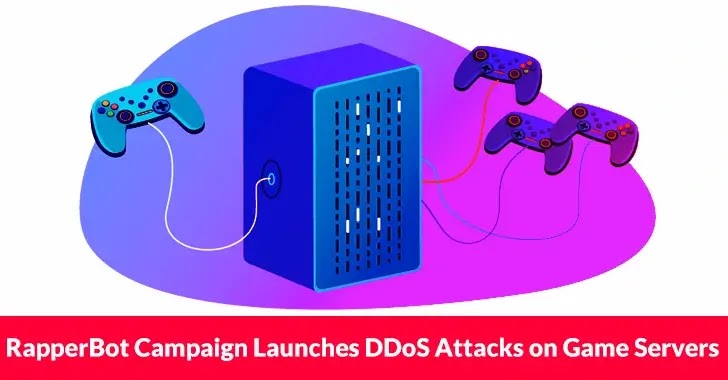 New samples of the RapperBot malware have been found by security researchers at Fortinet FortiGuard Labs. Threat actors are using these samples to create a DDoS botnet that targets gaming servers in order to launch DDoS attacks on them.

RapperBot is a Mirai-based botnet and as of May 2021, this botnet has been operational, but it is difficult to determine the exact goals it is trying to achieve.

The latest variant of RapperBot uses a Telnet-based mechanism for self-propagation. A similar approach was used by the original Mirai malware to propagate itself, and the use of this mechanism closely mimics that approach.

The DoS commands that are present in the latest version of the botnet are specifically designed to attack servers hosting online games. As a result, it is clearer to see what motivated the current campaign to be set up in the first place, Fortinet reported.

Several C2 communication artifacts have also been found in the newly discovered variant, indicating that this aspect of the operation of the botnet is unchanged from past campaigns.

We have listed below an overview of the additional commands that have been added to support Telnet brute force attacks:-

The malware can avoid testing a full list of credentials with the use of this technique, compared to other less sophisticated IoT malware.

A successful credential find is reported to C2 through port 5123 once the credentials have been found. After that, the primary payload binary is fetched and installed according to the device architecture detected.

The above-mentioned commands are supported by the botnet and are used to launch DoS attacks. The malware appears to be specifically targeted at servers that host online video games based on its use of HTTP DoS methods.

As a precaution against botnet infections on your IoT devices, you must follow the recommendations that we have listed below to prevent them from being infected:-