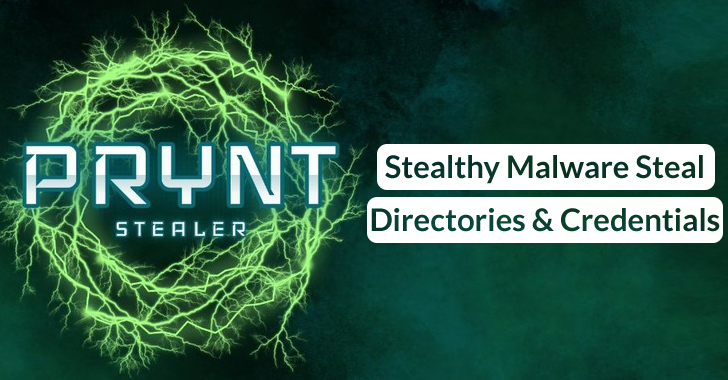 In order to produce complex and sophisticated attacks, information stealers such as “Prynt” are used by threat actors.

They use these stealers to steal essential information from targeted organizations and individuals. These complex attacks also enable the threat actors to deploy sophisticated payloads and ransomware.

Recently, the cybersecurity analysts at CYFIRMA Research team shared the report to Cyber Security News that the use of Prynt info stealer is on the rise.  a common way in which threat actors configure Prynt is with the help of a tool known as a “builder,” so that the malware can then be configured efficiently.

A sample had been recently collected and analyzed from a public repository by the security analysts at CYFIRMA that contained an infostealer that is written in C/C++ and is a 32-bit console binary, dubbed “Prynt.”

From the infected systems, Prynt has the ability to steal the following essential information:-

Prynt makes use of reverse engineering and memory forensics analysis for process injection. In order to inject the malicious code generated by Prynt into the legitimate AppLaunch.exe process, the threat actor uses this sophisticated technique.

There is a possibility that running malicious code within another process may allow the malicious code to access the resources of that process, such as:-

Threat actors from the following geographical regions have been primarily responsible for the majority of the attacks that relied on “Prynt” info stealer:-

In these campaigns, the threat actors targeted entities from more than 40 nations, and the industries targeted are:-

Several Threat Actors have reportedly been using the Prynt infostealer together with RedLine stealer as a means to enlarge the diversity of the payloads used in their attacks.

The current threat landscape is dominated by information stealers, which are widely prevalent forms of malware. Threat actors use the info stealers mainly to steal system data and the sensitive data stored on it.

Further, this information can be exploited by threat actors to conduct ransomware or other cyber attacks at a later stage.