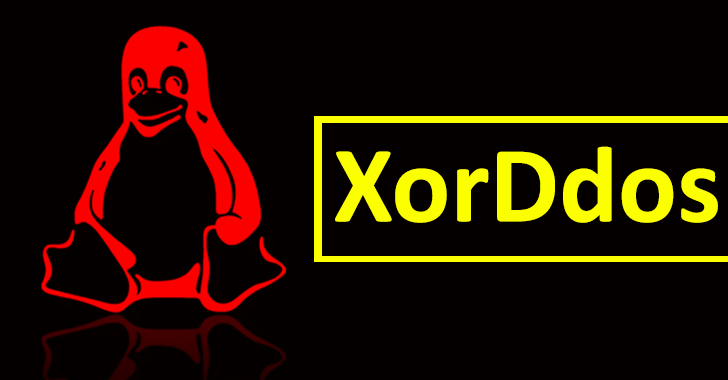 Over the past six months, a stealthy and modular Linux malware called XorDdos has witnessed a significant rise of 254% increase in its activity.

Why this malware has been named “XorDdos”?

While communicating with C2 servers this stealthy malware use XOR-based encryption and not only that even it is employed by the threat actors on the compromised devices to launch DDoS attacks.

That’s why this stealthy and modular Linux malware is known as “XorDdos,” and apparently, the malware has been active since at least 2014, but it is not known when it was first discovered.

To remain stealthy and hard to remove, the botnet is likely to use different evasion and persistence tactics.

“We observed in recent campaigns that XorDdos hides malicious activities from analysis by overwriting sensitive files with a null byte.”

As part of its SSH brute-force attacks, XorDDoS compromises Linux systems from ARM (IoT) to x64 (servers), and targets Linux systems that are vulnerable to it.

It uses a shell script to propagate to as many machines as possible by logging in as root with different passwords to new computers located online until a match is found.

XorDDoS’ operators use the malware not only to launch DDoS attacks against vulnerable systems but also to deploy the following things:-

Devices compromised by XorDdos can also be infected with Tsunami, a Linux Trojan that installs the XMRig miner after being breached. It has been reported that XorDdos has been targeting open ports (2375) on unprotected Docker servers for the past few years.

In a report by CrowdStrike, the growth of Linux malware for 2021 was 35% higher than the previous year, according to the huge increase in XorDDoS activity that Microsoft detected since December.

While 22% of all malware attacks observed in 2021 targeted Linux devices were attributed to the XorDDoS, Mirai, or Mozi and all of these are the most widespread families.

However, XorDDoS experienced a significant increase in activity year-over-year, with a 123% increase in the last year. There were ten times more Mozi samples found in the wild this year than they had the year before, indicating exponential growth.