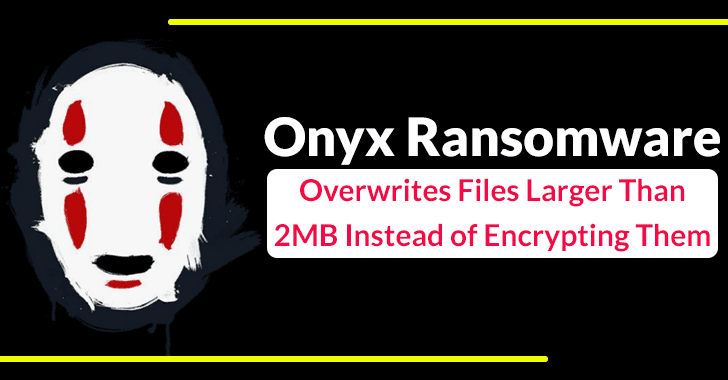 As early as mid-April of 2022 was the first time researchers discovered the Onyx ransomware. The ransomware group uses the double extortion method of encrypting and exfiltrating data from a victim in order to extort money.

There is a possibility that the threat actor will leak the victim’s data on their leak site if the victim cannot pay the ransom. So far, there have been 13 victims from six different countries that have been affected by this group.

The cybersecurity analysts at Cyble affirmed that a large percentage of the victims of this attack comes from the United States, which accounts for over 60% of the entire victim’s list.

Approximately seven victims had been disclosed on the leak site of the Onyx ransomware group by the end of April 2022. It took the Onyx group nearly two months following the announcement of seven victims in April before they published their leaked website after going silent.

Towards the end of July, the Onyx group was once again active and ready for action. Here ‘ONYX NEWS’, the leak site for ONYX ransomware, has been renamed to ‘VSOP NEWS’, which replaces the onyx news.

There is not a new website that has been launched by the group but the existing website has been renamed with new information.

The Onyx ransomware was created using the .NET architecture. After being executed successfully, this ransomware encrypts the files, and drops a ransom note titled “readme.txt”, containing the instructions for decrypting them.

In this note, the threat actors describe the instructions to retrieve all the encrypted files as well as also mention the communication media used to communicate with them.

As part of the encryption process, the ransomware encrypts the following directories:-

As of now, there has been no recent report of Onyx ransomware in the wild. The above assumptions, however, may also indicate that threat actors are likely to upgrade the executable of the ransomware as well.