Home New Post Offshore Dedicated Team For Startups: What is it? Why do you Need... 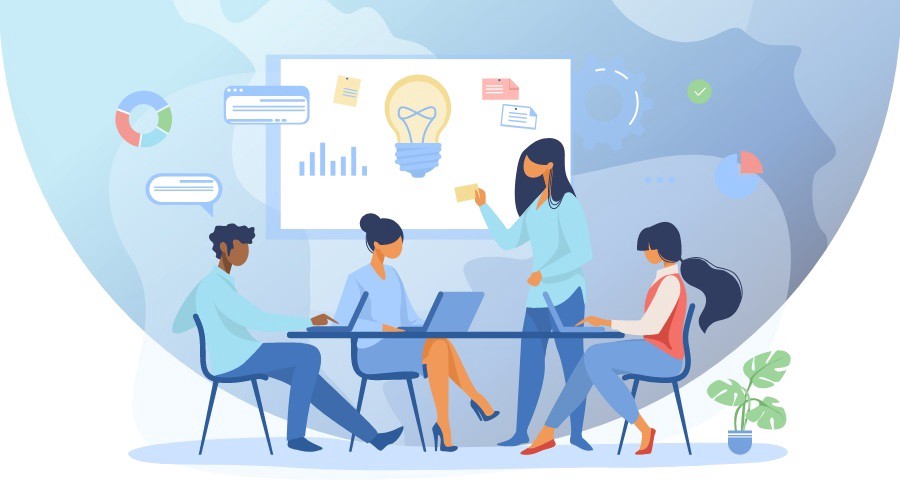 Basically, offshore dedicated teams offer affordable prices with reliable and trustworthy service without the need to set up a full-fledged in-house development team.

So, for startups and even for settled businesses, offshore dedicated developers know how to get the job done. A fact also mentioned that every 2 out of 5 startups fail! So, save your startup from failing NOW.

Dedicated offshore developers and their respective teams have gained immense popularity over time. In fact, startups have become extremely comfortable while working with such teams. They don’t have to get into setting up separate domains for development teams and also handling their routine tantrums.

To know more about offshore dedicated development teams for startups, do stay with us.

What is an Offshore Dedicated Team for Startups?

To cut the story short, an offshore dedicated team for startups is a combination of highly skilled developers who run an offshore development center in a country whose location is different from the client’s country.

To give you an insight, these centers are mostly located in cheap countries where there is an excess of professional developers. Such countries could include Vietnam, India, the Philippines, Brazil, Ukraine, Romania, etc.

Here, the prices are extremely affordable with no compromises on quality.

Why Do the Startups Need Offshore Dedicated Teams?

To make a startup extremely successful, you’d have to sacrifice a lot and think in a unique way. A number of startups fail just as they begin because they literally can’t handle the pressure and succumb to it, eventually. Costing remains to be a big problem!

However, if you hire dedicated offshore developers, then you’ll be easing off the cost issue and several other problems to breathe happily in a dynamic environment for new business owners.

Let’s have a closer look at the reasons why a startup requires an offshore dedicated team:

The first and foremost reason to hire dedicated offshore developers is cost-effectiveness. For startups, their initial capital is everything. So, if they exhaust their capital, it’s very difficult for a startup to survive, especially in a highly competitive market. So, if you’re right on the money because of taking excellent monetary decisions, you’ll definitely have a long way to go!

Hiring an offshore dedicated team cuts down the costs and you’re able to save a huge amount of money that could be allocated to the main functions of the startup.

As mentioned above, offshore developers charge an extremely lower rate due to the cheap cost of living in those countries. The living standards in such countries are poor. However, you can still root for utmost professionalism as they’re pretty focused on producing excellent work.

An offshore dedicated team is always on its toes to bring results. The development work is agreed upon by the skilled developers and they vouch to deliver exceptionally well output in a pre-decided time. There are hardly any delays and you can expect deliveries even before the schedule.

The offshore teams are quick enough to gather insights and apply them to their work. Moreover, as a startup, you wouldn’t have to train any of the developers. You’ll also save yourself from the hectic and tedious routine of HR management to ensure that your in-house employees are happy with you.

In fact, you’ll be saving tons of your precious time by simply hiring a trustworthy offshore dedicated team.

An offshore dedicated team offers a vast pool of skilled professionals that are pretty hard to find onsite. To give you an example, a large number of talented developers in developed countries are already working for reputed, blue-chip companies. So, they won’t budge for a mere startup.

Hence, your startup would be on the brink of failure if you’re unable to attract quality workers.

So, the best thing is to always approach an offshore dedicated team where you’ll get thousands of accomplished professionals that’d be willing to join your startup at minimal rates.

When you have a proper in-house team, you can’t change the dynamics of the team as per the project. Nonetheless, changing and shifting from team to team for a different project becomes absolutely convenient when you’re working with an offshore dedicated team. So, immense flexibility is on offer in connection with an offshore team.

Technology change occurs when startups move from one project to another. Therefore, offshore teams are very easy to work with as you’re able to properly transform them without major challenges.

Moreover, when you’ll have extra boxes to tick, you can easily scale up or scale down the team in an effortless manner.

You might be thinking that an offshore team is not a part of your startup. Hence, the communication would be ordinary. Well, you’re wrong! Developers serving in the offshore dedicated teams are extremely professional and they’re way ahead in answering your emails and messages.

The dedicated offshore developers take the benefit of supreme software and applications to offer even the minutest insight to the startup.

Even if there’s a difference in the time zone, the developers will keep on updating and informing about each and every move they’re making. Basically, it never feels that offshore teams are working in a far and wide environment. Rather, it feels that they’re working intimately.

Are you beginning a startup? Then, you just don’t have to engage in the conflicts of an in-house team. Rather, it’s your best chance to hire dedicated offshore developers so that you get all the above-mentioned benefits.

If you’re able to save your costs, you’ll be moving ahead leaps and bounds to garner success and progress would be your ultimate feat. So, start today and approach the cost-effective countries for your upcoming startup.