Home Cyber Security What is OAuth 2.0 ? How it Works ? A Detailed Explanation... 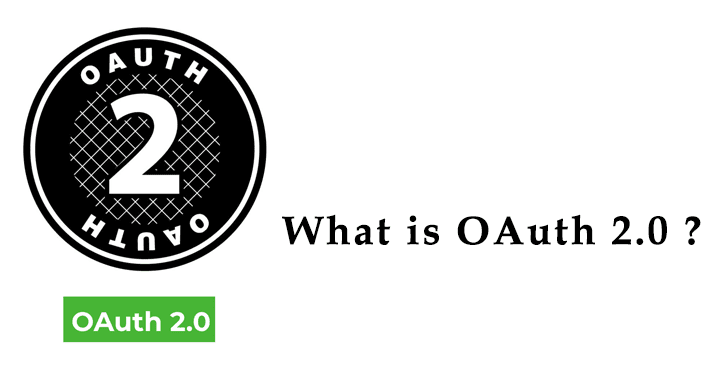 Security Assertion Markup Language is an open standard for exchanging authentication and authorization data between parties, in particular, between an identity provider and a service provider. SAML is an XML-based markup language for security assertions.

This is an example in which Yelp wanted to solve the issue of delegated authorization and incorporated a method with which a user could let Yelp access some part of his/her data from his preferred mail ID by entering their mail ID and Password for the same.

This is an example in which Facebook wanted to solve the issue of delegated authorization and incorporated a method with which a user could let Facebook access some part of his/her data from his preferred mail ID by entering their mail ID and Password for the same.

In the shown cases , a user will have to just trust Yelp or Facebook, and believe that they keep his/her mail ID and password safe and also that they do not access any other information except what they asked for. ​

These were insecure and bad ways to implement delegated authorization and left the user’s credentials as well as his/her account at risk always. ​

In the given example , the user is asking Google to allow Yelp/Facebook to access only his contacts using Google APIs. ​

Here , after authenticating the user , Google API will grant access of the user’s contacts to Yelp/Facebook.

The following is a real life examples which involve a secure implementation of delegated authorisation.

There are two types of channels by which the whole process occurs.

OAuth defines two client types, based on their ability to authenticate securely with the authorization server (i.e., ability to maintain the confidentiality of their client credentials):​

Confidential: Clients capable of maintaining the confidentiality of their credentials (e.g., client implemented on a secure server with restricted access to the client credentials), or capable of secure client authentication using other means.​

​Public: Clients incapable of maintaining the confidentiality of their credentials (e.g., clients executing on the device used by the resource owner, such as an installed native application or a web browser-based application), and incapable of secure client authentication via any other means.

Authorization endpoint — used by the client to obtain authorization from the resource owner via user-agent redirection.​

Token endpoint — used by the client to exchange an authorization grant for an access token, typically with client authentication.​

As well as one client endpoint:​

​Redirection endpoint — used by the authorization server to return responses containing authorization credentials to the client via​ the resource owner user-agent.

Simple Representation of OAuth 2.0 in Action

We can see that the process in which Yelp/Facebook access the Gmail contacts has dotted lines, which implies that it takes place via the Back Channel.

An Authorisation Grant is a credential representing the resource owner’s authorisation (to access its protected resources) used by the client to obtain an access token.​

It has the following types:

​The implicit grant is a simplified authorization code flow optimized ​for clients implemented in a browser using a scripting language such as JavaScript.

In the implicit flow, instead of issuing the client an authorization code, the client is issued an access token directly.

When issuing an access token during the implicit grant flow, the authorization server does not authenticate the client. In some cases, the client identity can be verified via the redirection URI used to deliver the access token to the client.

A refresh token is a string representing the authorization granted to the client by the resource owner. The string is usually opaque to the client.

The token denotes an identifier used to retrieve the authorization information. Unlike access tokens, refresh tokens are intended for use only with authorization servers and are never sent to resource servers.​