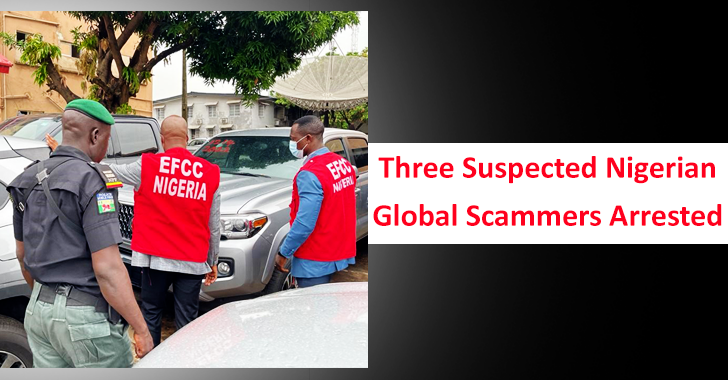 Through the extradition of three suspects reckoned of being global cyber scammers to Nigeria, INTERPOL’s cyber fraud role has shown that it can capture global cybercriminals operating globally.

A combination of simultaneous sting operations conducted in the West African metropolis of Benin City and the Lagos suburb of Ajegunle resulted in the arrest of the suspects by the EFCC.

There are three counts of financial fraud that were committed against one of the scammers involved, identified as Hendrix Omorume. Currently, the two other suspects are still being tried, and he has been sentenced to 12 months in jail.

“The men are thought to have used the RAT to reroute financial transactions, stealing confidential online connection details from corporate organizations, including oil and gas companies in South East Asia, the Middle East, and North Africa.”

They are believed to have possessed fake documents such as fake invoices and forged official letters. According to the statement released by the Nigerian Police, the three Nigerian nationals are between the ages of 31 and 38 years old.

Using Agent Tesla, an advanced malware program based on .NET, the suspects routinely accessed computer systems at businesses and attempted to divert money to bank accounts under their control by gaining access to the data.

“Cybercrime is spreading at a fast pace, with new trends constantly emerging. Through operations like Killer Bee, INTERPOL supports EFCC in keeping pace with new technologies and understanding the possibilities they create for criminals and how they can be used as tools for fighting cybercrime.”

There are several capabilities that are included in Agent Tesla that are introduced primarily through phishing emails, and here they are:-

Additionally, this operation is a part of a larger international law enforcement operation dubbed “Killer Bee” that involved 11 different nations and Interpol.

Here are the countries that are involved in this operation:-

This coordinated operation was initiated by INTERPOL’s Cybercrime Directorate upon receiving intelligence information from Trend Micro, the private enterprise partner.