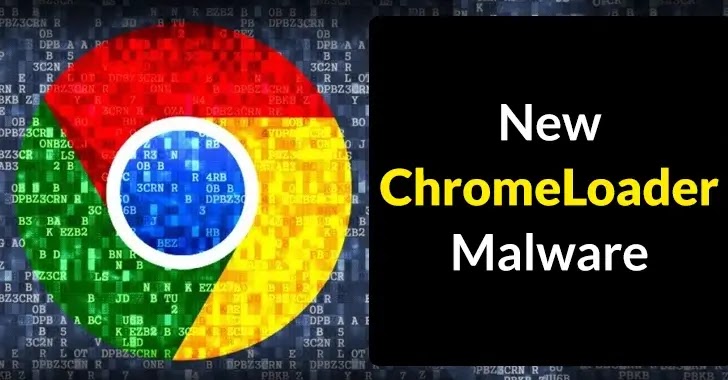 There is a malicious Chrome browser extension known as ChromeLoader that classified as a pervasive browser hijacker caught that modifies the browser settings to redirect users’ traffic to a malicious websites and stealing credentials..

After first surfacing in January of this year, ChromeLoader has developed rapidly. The malware has now evolved a wide range of malicious variants that were discovered in the wild in the last several months.

As a result of this malware, the user’s traffic can be redirected, and user search queries can be hijacked from popular search engines to trick them into paying for ads:-

Additionally, the malicious code can also inject itself into the browser and add an extension to it by using PowerShell.

Here are the affected OS that has been affected by the malicious malware ChromeLoader.

Recently there has been an increase in the speed at which Chromeloader malware attacks operating systems, as we all know. And as far as ChromLoader malware is concerned, the risk it involves is very high, and the impact of the malware is rated at “medium.”

A user-friendly version of ChromeLoader has been available for Windows for several months, utilizing JavaScript over PowerShell for its Windows variant.

During August and September, this most recent variant of the virus became widely prevalent, using random apps, such as:

The development of ChromeLoader malware involves multiple stages and this malware is primarily designed with the purpose of targeting web browsers. While the early versions of malware focused their efforts on the compromise of credentials and accounts for the most part.

According to the report, The malware has been evolving in recent years into a more stealthy interpretation that has become harder to detect, as well as more sophisticated.

Additionally, it is also equipped with a number of methods for engaging in fraud and redirecting adware to a brand’s website in order to manipulate its traffic.

There are numerous different variants of this malware that target both macOS and Windows systems. The threat actors who are behind the malware use a variety of system-level infection vectors in order to spread infection and increase its spread.

However, the secondary and tertiary consequences of infection can make the malware so harmful, even though the malware’s abilities can cause considerable collateral damage.

In March 2022, the ChromeLoader malware began distributing itself to Mac users, directing them to an infected pay-per-download website to infect them with the malware.

It is apparent that the scheduled PowerShell script and the bash script share many similarities. As soon as it downloads the payload, it loads it into the target’s browser.

ChromeLoader seems to have vague targets in mind and often relies on a lack of cybersecurity awareness to explain its existence.

As a result of the sheer scale of its malware campaigns, there has also been a report that the malware has also appeared on corporate systems.

It is also due to the fact that, since it is an attack vector that utilizes unconventional methods, it is less likely to be able to use the traditional Windows Portable Executable.

In terms of compromises and areas of focus, the following were noted:-

However, there are some mitigation tips that the experts have suggested. Thus follow the steps that have been mentioned below.

URL Analysis – It is possible to prevent the initial infection by preventing users from visiting malicious URLs.