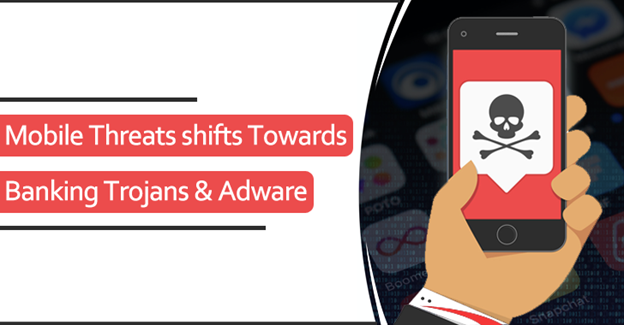 Many threat actors have been targetting different companies and employees in many ways, as the pandemic situation has brought a huge opportunity to determine all the plans that they have planed for 2020.

Now in 2021, the hackers have been painted their eyes on mobile threats. However, in 2020 the cybersecurity researchers noticed an inadequate reduction in the number of mobile cyberattacks.

According to the report that has been given by Kaspersky, they have observed that threat actors are now mainly focusing on the quality of mobile attacks versus mass infection.

Adware is the main mobile threat of 2020, as it has influenced 57% of attacks in recent time. After that, the Risk Tool takes the second lead by influencing 21% of attacks.

However, on the other side Trojan droppers as well as mobile trojans both have influenced 4.5 percent of attacks. While the SMS-based trojans served 4 percent of actual mobile criminal exercise.

Among all the threats, the experts affirmed that Risk Tool is one of the most dangerous threats, and they have used it to hide files or eliminate applications and could be practiced with malicious purposes.

The year in figures

In the year 2020, the Kaspersky mobile outcomes and technologies identified the following figures:-

The whole pandemic situation has led to a great opportunity for the threat actors, and this word “covid” has been used in various combinations and was typically practiced in the names of packages that have been hiding spyware and banking Trojans, adware, or Trojan droppers.

However, the strain of the covid pandemic was also used in the application UIs. For instance, the GINP banking Trojan alleged to be an app that sought for COVID-19-infected individuals, in which the victim was manipulated into presenting their bank card details under the appearance of a €0.75 fee charge.

Most Popular Adware in 2020

The most leading adware families carried Ewind, as it has been representing 65% of adware samples that is followed by FakeAdBlocker, representing 15% of samples, and tracked by HiddenAd, which has been influencing 10% of samples.

Android-powered devices in connection to all mobile devices range from 50% to 85% depends on the domain. According to the Zerodium, exchange, the expense of an iOS exploit chain is quite impressive. And albeit is quite lower than that for Android: $2,000,000 against $2,500,000.

The Apple WebKit exploits for remote code execution (RCE) in connection with Local Privilege Escalation that generally exploits to deliver malware to an iOS device.

Therefore, Android has interjected Accessibility Services, which grant applications along with access to settings and other plans, the total number of malware tools that extricate all the confidential data from mobile devices has been on the growth.

Adware and Attacks on Personal Data

The expert says that last year was quite notable for both malware and adware, both of them have quite similar abilities.

However, the codes that run ads were installed in a carrier application like a mobile game or torch, as long as it was attractive enough. Once it’s done with the application, it generally follows the scenarios that depend on its creator.

According to the experts, any personal data that has been stored on the phone can be monetized easily. As the advertisers can display targeted contributions, and the threat actors can access the accounts along with various services, just like online banking.

So, we all know that the 2020 pandemic has put a great influence on peoples, and the threat actors have now targeted mobile security; that’s why there is a huge increase in attacks of mobile security nowadays.

All this got affected by the pandemic as the shortcoming to visit a bank branch urged the customers to switch to mobile and online banking, and banks, to contemplate stepping up the development of those services.