Home Cyber Security News Microsoft Released a Security Update With The Fixes of 44 Vulnerabilities Including... 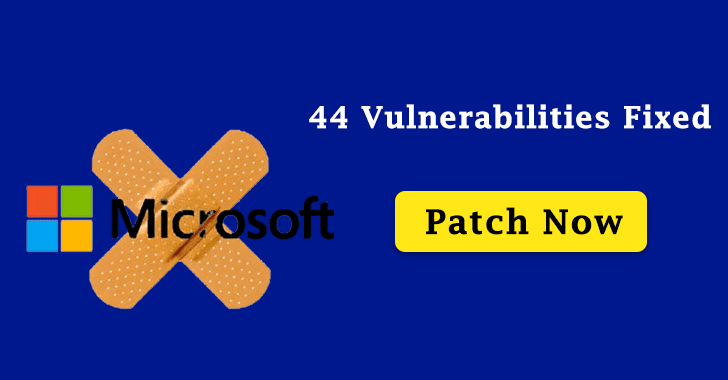 Microsoft released a new security update for August under Patch Tuesday and fixed 44 vulnerabilities including, 3 critical 0-Days that affected the various Microsoft products.

Following products are received a patch that affected by various vulnerabilities in this patch Tuesday update:-

August 2021 patch Tuesday was released with the fixes of 3 zero-day bugs, and one of them is actively exploited in Wide.

CVE-2021-36948 is an actively exploited Medic Service Elevation of Privilege Vulnerability, and there is evidence found that how does this vulnerability were exploited by the attackers.

CVE-2021-36942 is associated with PetitPotam, a classic NTLM Relay attack that helps attackers to take over the Windows domain controller.

Along with this, Microsoft fixed the most waited zero-day vulnerabilities, one of them is PrintNightmare vulnerabilities that allow threat actors to gain SYSTEM level privileges simply by connecting to a remote print server under their control.

Another Critical vulnerability (CVE-2021-26424) is remotely triggerable by a malicious Hyper-V guest sending an ipv6 ping to the Hyper-V host. An attacker could send a specially crafted TCP/IP packet to its host utilizing the TCP/IP Protocol Stack (tcpip.sys) to process packets.”

You can refer to the complete patch details for the full list of vulnerabilities resolved, advisories, in the August 2021 Patch here.