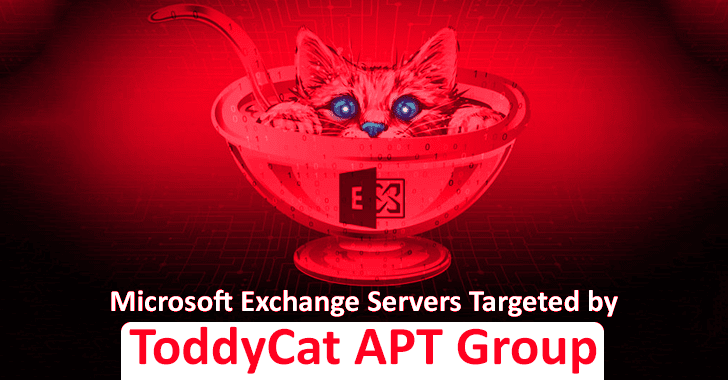 Security researchers at Kaspersky’s GReAT were tracking the group’s activity, and at that time they discovered two malware. Among them, one is a previously unknown backdoor, and the other one is a new trojan. And below is the list of what they have discovered:-

ESET, a Slovak cybersecurity firm, has also detected ToddyCat’s attempts to penetrate computers in the past. Throughout March of 2021, ESET began tracking these threats as part of a group referred to as Websiic.

During the time of the attack, hackers exploited the vulnerabilities in ProxyLogon Exchange. As a result of this exploit, they were able to deploy the China Chopper shell code onto vulnerable servers and gain RCE.

In addition to high-profile organizations, such as governments and military entities, or contractors who work with these entities, the group’s target varies from time to time.

A small number of government organizations from the following countries were targeted initially, and this known as the first wave of attacks that took place between December 2020 and February 2021:-

In addition to a long list of countries globally, the next wave which took place between February 2021 and May 2021, quickly grew to include entities from a wide range of countries, including the:-

The next phase of ToddyCat’s expansion will focus on the same cluster of countries. Additionally, from the following countries it added more organizations as well:-

Several Chinese-speaking groups have also targeted the same industries and countries as ToddyCat does.

The Chinese-backed hackers exploited the FunnyDream backdoor to hack into some of the entities they breached around the same time. This group is concentrating its efforts on very high-profile targets, as indicated by the affected organizations, both governmental and military.

ToddyCat APT uses a wide range of techniques to maintain its stealth and avoid detection for an extended period of time. Targets in Southeast Asia are a primary concern for the group. However, their activities also affect targets in Europe and Asia region as well.