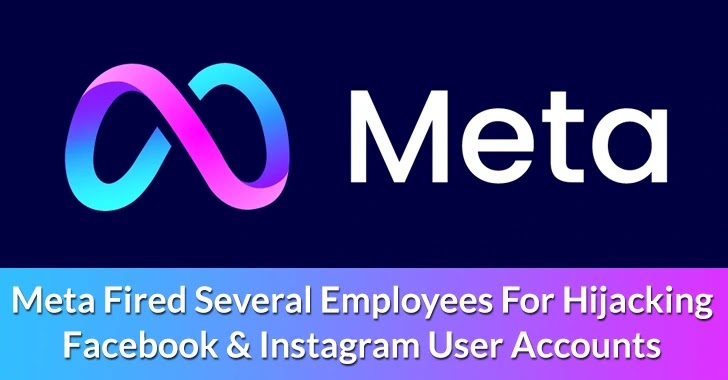 As a result of hijacking the Facebook and Instagram accounts of users over the course of the last year, Meta has fired more than two dozen employees and contractors.

A source familiar with the matter and internal documents indicate that some cases involved bribes being offered. On a regular basis, fraudsters target online platforms as a means to sell their fraudulent services.

In order to prevent the use of any malicious schemes in the future, Meta will continue its assignment to take proper action against the individuals or groups involved.

The Exploitation of Recovery Tool

The recovery software, Oops (Online Operations), which was developed by Meta, has been used by some offenders. Some of the individuals seeking access even paid thousands of dollars in bribes.

According to the Wall Street Journal report, It must be noted that some of the guards who were fired worked as contractors at Meta facilities as security guards. During their tenure with the company, they had access to the company’s internal system with which they were supposed to help and assist the users struggling with their accounts.

With more than 3 billion active users across Meta’s platforms without any customer service or support for users, it illustrates the company’s massive and complicated problem. While the clear example of this is the recent firings and disciplinary measures taken by Meta.

There was a substantial increase in the number of tasks (50,270 tasks) that the channel served in 2020, compared to three years earlier which was about 22,000.

People frequently try automated procedures to restore access to their accounts when they lose access to them as a result of losing their passwords. In addition, users have reported that they have attempted to contact Meta by phone or email, but that has been unsuccessful in most cases.

There has been a significant increase in Oops usage as a result of the increase in employee numbers. Currently, the vast majority of Facebook users are unable to access the Oops system because the system is not available to them.

Consequently, the cottage industry has risen as a result of the problem which offers users the chance to regain control of their accounts by paying a fee to individual users.