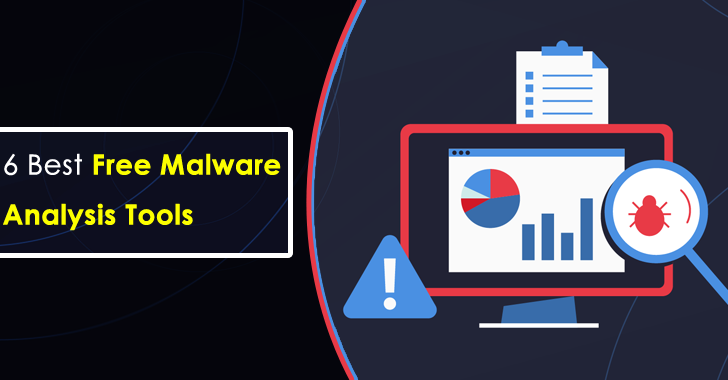 The malware analysis tools simply allow us to know in a quick and effective way, what actions a threat makes in the system. In this way, you can easily collect all the information about the created files, network connections, changes in the registry, etc.

Hence, to achieve this goal, there are a lot of resources and tools available that simply provide the possibility to analyze a threat through different approaches.

What is Malware Analysis?

It is the process of determining functionality. origin and the impact of the malware variants that include viruses, worms, ransomware, adware, and spyware.

We all know very well that circulating malware is one of the well-known and big businesses in the internet world, and the constantly rising malware plague is only going to increase in the coming years.

With the commercialization of cybercrime, malware varieties continue to grow at an alarming rate, and this is placing several protectors on their back foot. Malware analysis concepts have grown into a complicated mix of technologies in data science and human understanding.

This has caused the cost of owning malware code analysis tools generally be out of range for the average business organizations and groups. Hence, by using open-source malware analysis tools, the analyst can easily test and identify all the necessary documents of different variants of ill-disposed activities while learning about the various attacks in the lifecycle.

Hence, for this reason, in today’s post, we will simply share with you some of the best malware analysis tools to consider when knowing what the malicious code is doing that we want to analyze. So, now without wasting much time let’s get started and simply explore the whole list that we have mentioned below.

Cuckoo Sandbox is an automated malware analysis tool, which was built-in with the Google Summer of Code project back in 2010. Basically, it is an open-source tool that automates ill-disposed data analysis for Windows, OS X, Linux, and Android.

Moreover, it provides specific and essential feedback about how each file conferred works in remote environments, thus, the malware exposure and protection companies use Cuckoo to reduce the strain of manually navigating through troves of possibly malicious data. Its modular layout makes it easily customizable for both writing and processing stages, and reasonably, it has become one of the most commonly used open-source tools in recent years.

Zeek is a free and open-source security analysis tool that was developed in 1994 by Vern Paxson. Basically, it can be used as a network intrusion detection system, but with a new live interpretation of network events, and the most interesting thing about this security tool is, it is published under the BSD license.

Zeek network simply analyzes the live or registered network traffic and traces files to create uncertain events. However, it has been build to take several actions such as sending an email, uplift an alert, executing a system command, updating an internal metric, and even calling different Zeek scripts.

Netcat is a tool applied to study and write to network connections using TCP and UDP. Netcat is also known as the Swiss Army Knife because of the various features that it provides, like port scanning, port forwarding, tunneling, proxying, and many more.

It is basically a fantastic tool that performs Dynamic Malware Analysis, as it can play almost any network connection when a malware analyst might ever need it. Moreover, it can be used to make inbound and outbound connections on any port and not only that even it can also be applied in client mode simply for joining and in server mode for listening as well.

Yara basically, stands for, “Yet Another Recursive Acronym”, and it is an open-source malware analysis tool that is actually used to analyze individual malware based on textual or binary models once they have been explained in Cuckoo.

Utilizing Yara, researchers record classifications of malware issues simply based on patterns, and this information is simply known as rules. Moreover, it simply enables the researchers to identify and classify seemingly similar variants of malware, so that they can be combined to use within Cuckoo.

Even, the Yara Rules have been joined into our Endpoint Detection and simply reply framework to help us in classifying the malware samples we confront.

Resource Hacker is an intelligent free malware analysis tool for observing, extracting, and usually working with resources in 32 and 64-bit Windows executables files. Basically, you can simply use the application to start an EXE file, scan the icons or bitmaps it includes, and you can also save it so that you can use it anywhere you want.

Basically, the Resource Hacker can also access and showcase resources of different types like cursors, AVI videos, images, menus, dialogs, forms, version data, and many more. We all know very well that resources can be difficult to find, and they remain covered in a DLL or OCX file somewhere.

They may not be saved, and replacing them might produce unexpected or unwanted effects. But the program does give you an opportunity, and proper stability, hence, it’s really worth a try.

Dependency Walker is a free service that simply scans any 32-bit or 64-bit Windows and creates a hierarchical tree diagram of all submodules. Moreover, it presents the minimum set of needed files, along with specific information about every record, including a full path to the data, base address, version numbers, machine type, debug data, and many more.

The list of best Malware Analysis Tools extends to build and grow each day, that’s because as long as cyber crimes keep turning a profit, the attackers will continue to improve their methods, and businesses will remain to fall prey.

We should thank the works of open-source tool creators, thus every analyst can receive information, intelligence, and experiences and can actively work together. So here, we have given all the information concerning the 6 best malware analysis tools.

So, simply try them and see which one best suits you, and if you liked this post then simply do not forget to share this post with your friends, family and on your social profiles as well.