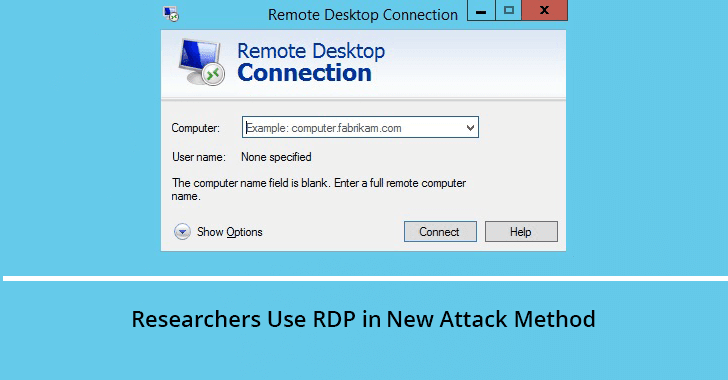 While analyzing MSTSC and RDP they observed this unique technique that lets attackers bypass the security controls.

With windows machine to run RDP Microsoft Terminal Services Client (MSTSC) is used and this MSTSC relies on a DLL file (mstscax.dll) as one of its resources.

Cymulate identified that “Microsoft Terminal Services Client (MSTSC) performs delay-loading of mstscax.dll with a behavior that can result in hackers bypassing security controls. The executable explicitly loads “mstscax.dll” with no integrity checks to validate the library’s code.”

An attacker could use this blind spot to replace the “mstscax.dll” that present in the C:\Windows\System32 folder or by copying it to an external folder that doesn’t require admin privileges.

This is possible according to researchers as “mstsc.exe does not explicitly load the DLL from the system32 folder.”

“This behavior leads to the ability of an adversary to execute malicious code in the context of digitally signed Mstsc.exe and therefore bypass security controls such as AppLocker.”

The vulnerability has been reported by Cymulate to Microsoft who declined to patch and informed that “System32 requires admin privileges and is therefore not a perceived threat.”

“Enterprises need to be immediately made aware of this threat to mitigate attacks as it will bypass security controls,” said Cymulate’s CTO Avihai Ben-Yossef.

Hackers can take advantage of the fact that most security controls are not securing mstsc.exe as it was signed by Microsoft.

To mitigate this threat users are recommended to disable the use of mstsc.exe and to monitor the malicious abnormal behavior being executed by mstsc.exe.