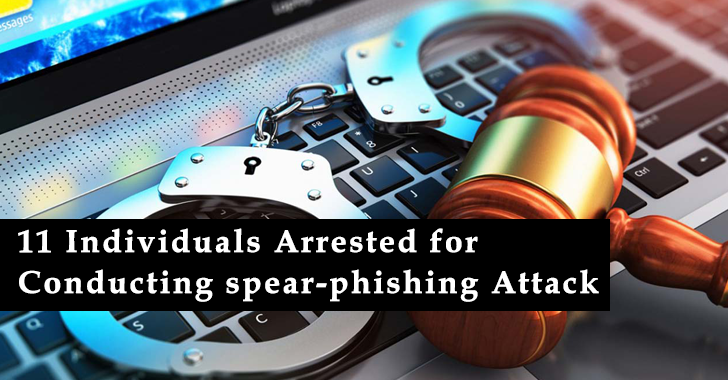 As part of the National Police Operation, Interpol and Nigerian Police Force (NPF) has arrested 11 members of a notorious cybercrime network. Many of the suspects are connected to the “SilverTerrier” who are well-known for their Business Email Compromise (BEC) scams that harmed thousands of Enterprises globally.

Interpol has seized laptops and mobile phones during the arrests that are being forensically extracted and analysed. Preliminary reports stated that the suspects were associated with more than 50,000 BEC scams. They also exfiltrated information from a suspect who had possession of 800,000 potential victims’ domain credentials on his laptop.

“The outstanding results of Operation Falcon II have served to disrupt this dangerous cyber gang and protect Nigerian citizens from further attack. I encourage fellow African countries to also work with INTERPOL in ridding our continent of cybercrime to make the cyber world a safer place” – Garba Baba Umar, Head of NCB Abuja and INTERPOL Vice President for Africa

Craig Jones, Director of Cybercrime at INTERPOL said, “INTERPOL is closing ranks on gangs like ‘SilverTerrier’; as investigations continue to unfold, we are building a very clear picture of how such groups function and corrupt for financial gain. Thanks to Operation Falcon II we know where and whom to target next”.

INTERPOL and Nigerian Law Enforcement Agencies have been sharing information on “SilverTerrier” threat actors getting a broader picture of the organized crime syndicate.

Operation Falcon II was developed, so as to join operations in Africa with Foreign Funds and CommonWealth and Development Office (UK). INTERPOL reminds the public, businesses, and organizations to protect themselves from online scams.