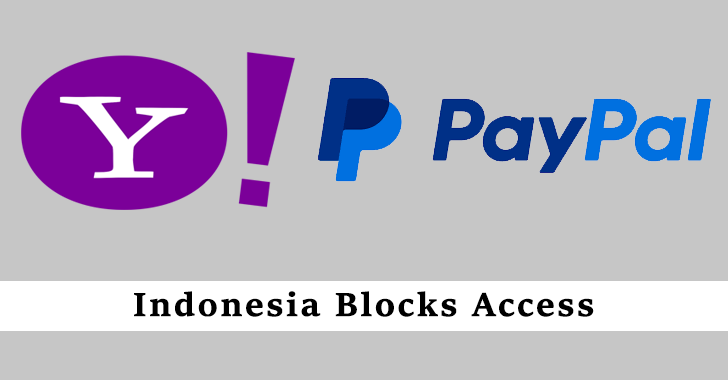 Indonesia’s Ministry of Communication and Information Technology has officially blocked access to the gaming platform, Steam, as well as payment firm PayPal, and search engine, Yahoo after licensing issues.

The reports say some of the most widely-played games like Dota 2 and Counter-Strike: Global Offensive had been blocked.

“The MR5 and MR10 have been always opposed by the media, civil society groups, and human rights advocates for including provisions that create a threat to freedom of expression”.

The reports mention that in 2021, local and global civil society groups recommended that Indonesian authorities review and revoke MR5 and MR10 since the registration of ESOs could lead to violations of data privacy and other digital rights. They reiterated their opposition this year as they warned against the “authoritarian enforcement” of the regulation.

The government states that the recent rules have been formulated to ensure internet service providers protect consumer data, and that online content is used in a “positive and productive” way.

Also, the obligation of registration will open the gate for the government to intervene and censor. It’s not just an administrative subject. The Alliance of Independent Journalists (AJI), a group of Indonesian journalists, noted that registered ESOs are also obliged to remove content and enforce takedown orders issued by the government.

According to Michael Caster, the Asia Digital Programme Manager at ARTICLE 19,  “In a blow to the right to privacy, digital operators are also required to provide KOMINFO with, among other things, a guarantee that law enforcement will be able to access their electronic systems and data. It is the responsibility of the local contact person to provide access or face penalties”.

Reflection on the Blocking of Websites

It clearly reflects the decline of digital freedom in the country. Apart from MR5 and MR10, laws like the “Informasi dan Transaksi Elektronik” (Electronic and Information Transactions Law) have allowed the government to throttle internet services and arrest journalists for disrupting the peace and publishing “prohibited content.”

According to the statistics, 191 million social media users exist in Indonesia as of February 2022. Only China and India have more social media users in the Asia Pacific region. Finally, the authorities mention that they will temporarily unblock some websites that facilitate payments to allow users to withdraw their money and transfer it to other platforms.