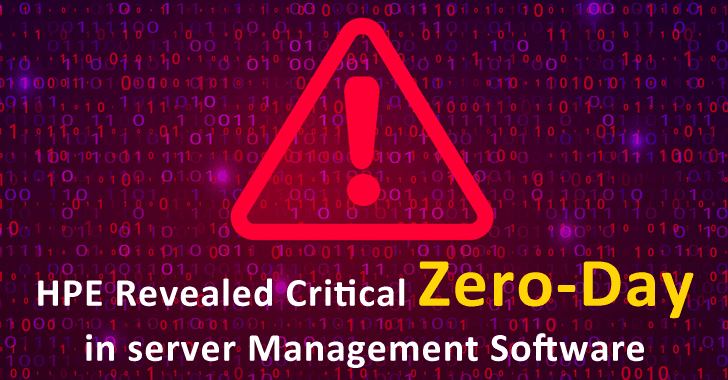 HPE (Hewlett Packard Enterprise) has recently published a critical zero-day bug in one of the latest versions of its exclusive HPE Systems Insight Manager (SIM) software for Windows and Linux. However, all the security updates are not yet available for the remote code execution; that’s why HPE has implemented some mitigations for Windows that are working on the Zero-day address.

HPE SIM is a superintendence and remote support automation resolution for various HPE servers, storage, and networking commodities, but all these are not limited to HPE ProLiant Gen10 and HPE ProLiant Gen9 Servers.

According to HPE report, this vulnerability is one of the critical vulnerabilities that generally enables the attackers with no privileges to exploit it as part of cheap complexity attacks that don’t even need any user communication.

But, HPE did not reveal in their security advisory that whether the zero-day bug is exploited in the wild or not. The experts stated that the reason for causing this vulnerability is the lack of fitting validation of user-supplied0 data.

However, all this results in the deserialization of untrusted data and making it possible for the threat actors to leverage it to administer code on servers that are running vulnerable software.

HPE strongly recommended all the admins who use HPE SIM management software to use the following method to block CVE-2020-7200 attacks:-

Apart from this, the mitigations that are given by HPE are a perfect fix that stops the remote code execution vulnerability, and it will be available in a future release. Moreover, the users who are using the HPE SIM will be incapable of using the federated search feature.